Jennifer Aniston covers the February issue of Allure, and inside she poses half-naked with a teddy bear and talks about her body. 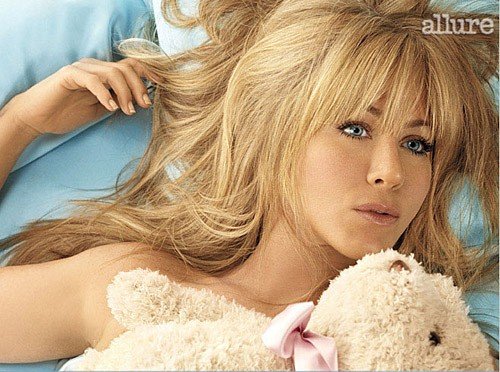 Jennifer Aniston hung out with friends and ate her vegetables during her shoot with photographer Michael Thompson in New York City. 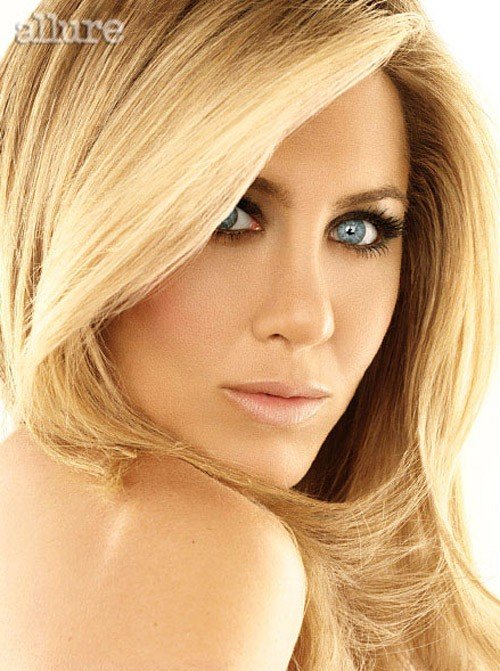 One hairstyle Aniston never wants to replicate? The Rachel. She told writer Danielle Pergament, “I love Chris, and he’s the bane of my existence at the same time because he started that damn Rachel, which was not my best look. How do I say this? I think it was the ugliest haircut I’ve ever seen.” 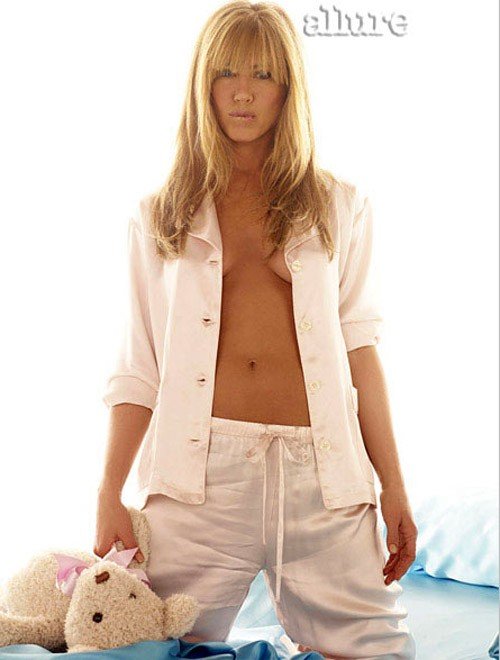 The actress arrived just after noon and almost immediately requested black coffee with a shot of espresso and a side of steamed skim milk from Starbucks. No wonder she wanted caffeine: She’d flown into New York the night before, directly from the Atlanta set of her upcoming movie Wanderlust. Here, Aniston poses in silk pajamas by Kumi Kookoon.

On mixing the perfect drink:
“I can make two drinks really well: a dirty martini and a Bloody Mary. People are like, ‘You make the best Bloody Marys,’ and my secret ingredient is basically Mr and Mrs T Bloody Mary Mix. It’s not some fancy mix that they do with the horseradish and Worcestershire sauce. It’s the 7-Eleven of Bloody Marys. It’s the trashiest.”

On her body:
“My stomach is not my hardest [challenge]-my derriere is much more my challenge.”

What she’s watching on TV:
“You know what I find fascinating? The Bachelor. I was mesmerized by how these girls, they meet this guy, they have three dates together or something, and they’re weeping as though they’ve just lost the love of their life. I don’t understand that.”