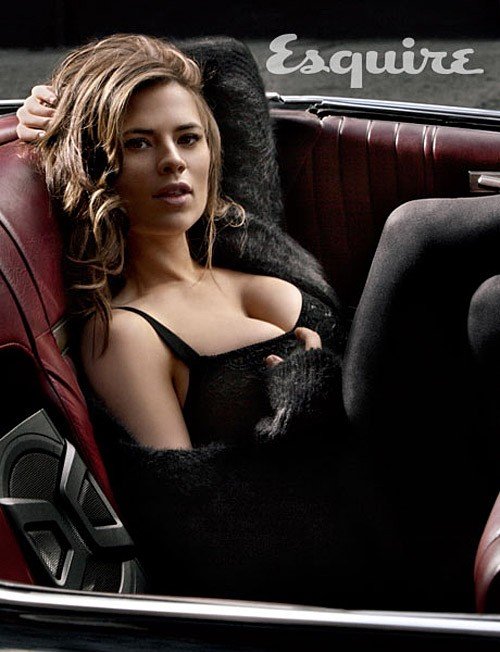 Hayley Atwell (the leading lady in the upcoming Marvel/Paramount epic,”Captain America,”) Is a Woman We Love.

Featured in the new issue of Esquire magazine, Atwell, who plays Peggy Carter, the American agent in the French Resistance who dates Captain America,talks e poses for Esquire magazine.

“When I met with the director of Captain America [out July 22], I hadn’t seen the script, and I had to go meet him, and we spoke for like an hour. With a lot of those big films, they’ll do that instead of an audition — and I prefer them, because I love a chat. I’ve found the messier the meeting gets, the more successful. You vomit on someone’s shirt, it’s probably going to work in your favor. Because you shared something: an intimate moment of drunken behavior.” 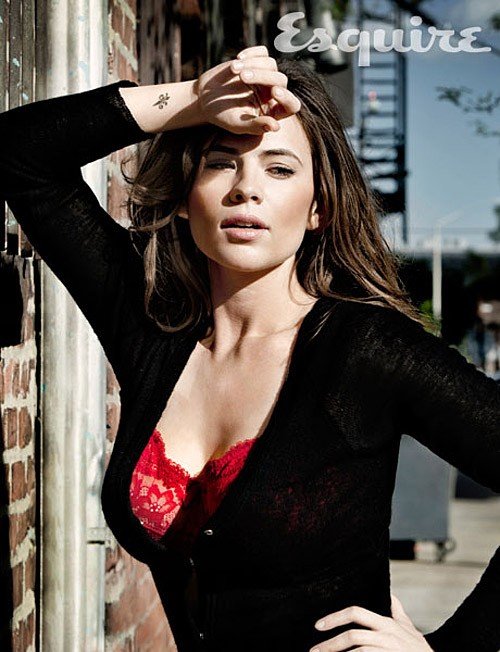 “When Chris Evans first took his shirt off on the set of Captain America, I just instinctively grabbed his man boob. They kept it in the film. So we did a couple of takes of me being really inappropriate with my hand on his pec for the duration of the scene.”

“I’d been wanting to do an “action” film and of course I get cast in an action film set in the forties. [Note: Her oeuvre is mostly period films: Brideshead Revisited (2008), The Duchess (2008), and last year’s Starz miniseries The Pillars of the Earth, which earned her her first Golden Globe nomination. In Captain America, she plays a British military agent.] 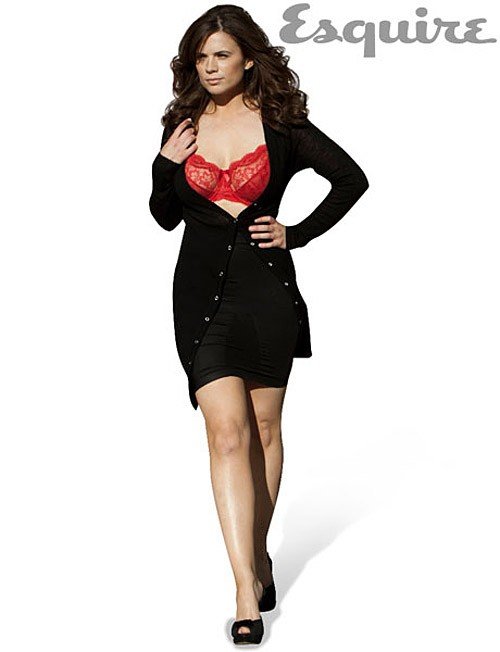 “Yes, my dad’s a shaman. But he’s not like, “Hi, I’m the shaman, thank you.” He doesn’t walk around in a loincloth or live in a tent or anything like that. But he does vision quests and sweat lodges — I almost died in one of those things. It was so hot. And you sit like this [she spreads her legs]. Most people were naked. I was in a bikini. It was gross. Really gross.”

“Although I grew up in London, I spent summers in Missouri, where my dad lived. It’s quite a liberal town, Kansas City. You’d be surprised.”“I’m not a name.They can get me really cheap. So I’m gonna make it up in the minibar bill. Or just pads of paper from the hotels that I’d been in. My grandfather was a war baby in England. And because of food rationing, he overcompensates now by hoarding food — he’s like, “I came back from the supermarket, and all of this was on special offer. So I bought it.” I think that’s where I get it from. With the hotel minibar, I’m like, “I think I need that. Yeah, that’s brilliant. I think I need that.”

“Next up is possibly a Jimi Hendrix biopic — an independent film with Andre 3000 from OutKast playing Jimi Hendrix. But I don’t know, really. The Atwell team is like, Let’s just wait and see… I love how I call them Team Atwell because each of them works with fifty other people as well. Sometimes they forget who I am. I was on the phone with a member of Team Atwell once, and we chatted for like half an hour and he said, “I really loved you in that film.” And I said, “I wasn’t in that film.”