Goth music has never been lurking far away since it spawned from eighties, like a bastard child of the punk and new romantic scenes it has captivated fully fledged converts and unwittingly charmed “normal” people with the odd mainstream hit ever since. 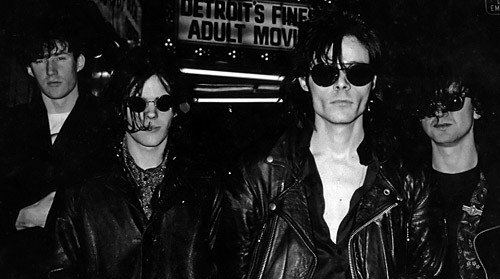 This year gothic super-group The Sisters of Mercy are celebrating their 30 years with a world tour including a date at the Olympia in Dublin in November.

But don’t tell frontman Andrew Eldritch he was just described as being in a gothic super-group, he isn’t fond of the term.

In a notorious interview now on their official webpage, he accused certain music writers of trying to mock the band’s music by pigeon-holing them with the g-word, so he prefers The Sisters to be described as a “northern pop band”.

Sisters of Mercy – Dominion by Tunashaker“I have only to wear black socks to be stigmatised as the demon overlord,” he said.

With such anthemic tunes as Dominion, Lucretia, My Reflection, More and Temple Of Love , the band are set to make a big impact with music fans here whatever way they are labelled.

You don’t have to look far to see goth’s influence on modern pop music. If you haven’t heard Clare Maguire yet (you probably have in the car ad which features the dubstep mix of Nobody Can Love Me Like You) then where have you been? This young songstress is going places this year, and it’s not by producing unintelligent candy pop but with haunting vocals and powerful ballads.

Other successful bands like White Lies and Bat For Lashes also have been compared to the big eighties bands that sparked the gothic sound. These talented artists are showing that far from being about teen angst and bad poetry, goth can be powerful, meaningful and rather sexy.

If you’re not afraid to go to the dark side of music and celebrate where it began then don’t miss a new monthly goth night Elizium at Ma Nelson’s.

The DJs are enthusiastic about the music and a previous guest spot included former singer and guitarist of successful bands Nosferatu and Solemn Novena, Marc McCourt.Resident DJ Lauren Camlin to play classics from The Sisters of Mercy (of course), The Cure, Bauhaus, Type O Negative and The Mission. You can also expect to hear the likes of Merciful Nuns, Fields of the Nephilim, Rosetta Stone, Christian Death, The House of Usher, Nosferatu, Faith and the Muse, Dawn of Oblivion, Garden of Delight to name but a few. 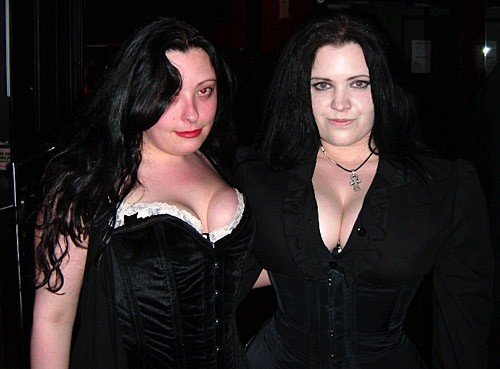 Lauren, who is a big Sisters of Mercy fan feels there is a desire for a night in Belfast hat exclusively plays traditional goth music and not the dancier bands not all goth fans enjoy.

“People want to hear goth music at a goth night. I hope it will be a success and people will be open minded and support us,” she says.

“As for the whole trad goth vs ‘bleep’, I know it can be a sensitive subject for some people, but EBM and industrial are not goth, and I firmly believe they shouldn’t ever have been associated with goth.

I don’t think interest ever went away from traditional goth music, there just hasn’t been any exclusively trad goth nights! Goth is not Marilyn Manson or glowsticks!”

Also a DJ at the night is her fiancé Rod Hanna from Belfast. “The idea really is to provide what I would call traditional gothic rock, a decent platform in a city that by and large ignores it,” he says.

“There have been and still are clubs that cater largely to either an EBM/Cyber crowd or play metal tracks masquerading as Goth. But in recent years there has been a very big resurgence in interest of the trad or gothic rock scene.

“This night will cater for those of us who have a passion for pure gothic rock and hopefully expose the music to those who are unaware of it.”

The next Elizium is on Friday 13 May at Ma Nelson’s, Lisburn Road Belfast.
For more information contact facebook.com/manelsons