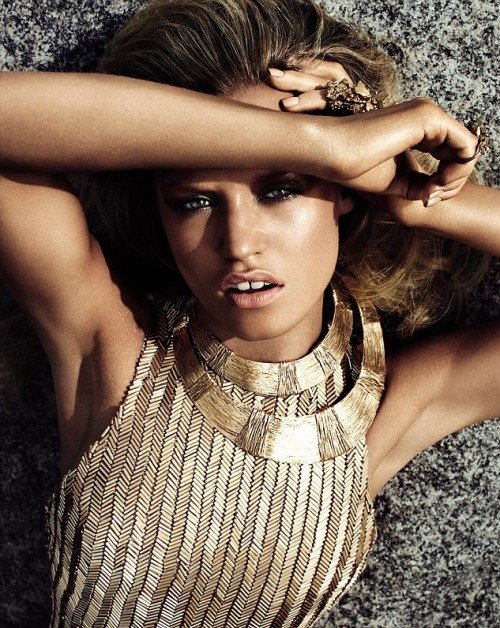 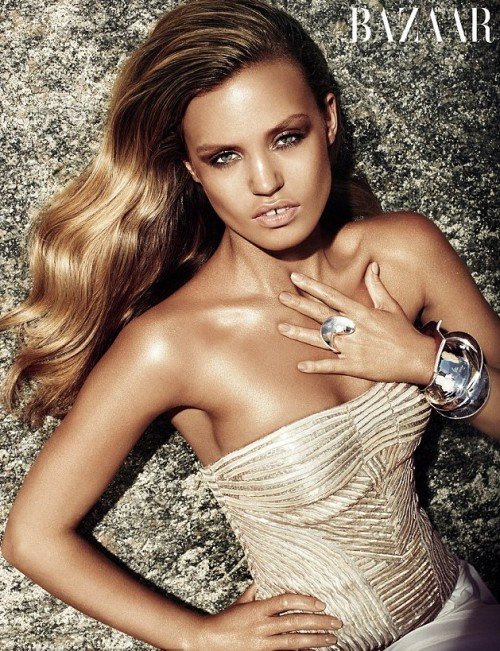 In a candid account of her superstar daughter, Jerry Hall offers an intimate portrait of the golden girl of British fashion alongside a stunning photo-shoot on the shores of Miami’s Biscayne Bay. 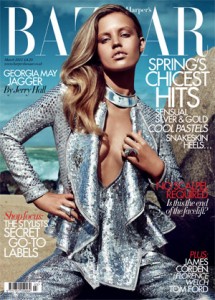 On growing up as the daughter supermodel Jerry Hall and rockstar Mick Jagger, she said: ‘Georgia didn’t like it if I turned up at school all made-up. She preferred me to be wearing no make-up and tracksuit bottoms, like the other mums.

‘She didn’t like Dad picking her up in a fancy car, either. We used to go and visit Mick all over the world on his tours.’

The 20-year old face of Rimmel, H&M and Hudson jeans strikes a pose in the season’s hottest metallic creations while her mother recalls her first ever photo session with none other than David Bailey.

To see all the pictures and read Jerry’s account, pick up Bazaar’s March issue on sale on Thursday.
harpersbazaar.co.uk