For her third Allure cover, the beautiful Fergie was photographed by Norman Jean Roy at Milk Studios in Los Angeles. 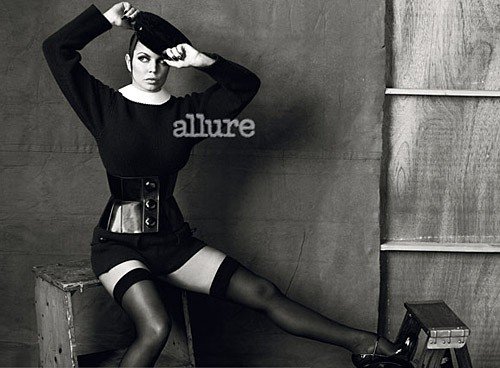 Fergie, here in a silk top and heels by Mugler, a Panache bra, La Perla panties, and DKNY stockings, is known—and loved—for experimenting with different looks. But one recent change sparked rumors. 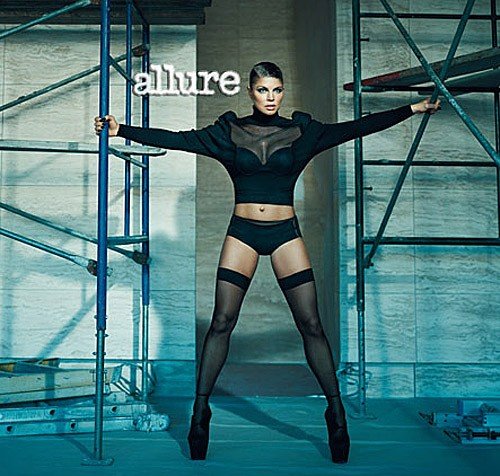 Moments after the singer performed on American Idol, viewers went on Twitter to speculate about whether she’d had surgery.

“I did two major drastic things, which is hair to the side—it was the first time—and the big neon lip,” she says. “I wanted to try something different, and all of a sudden it was this big backlash. People were saying ‘It’s a fake Fergie.’ I heard about some ridiculous amount of money that I spent on my face, which I think is absolutely insane. 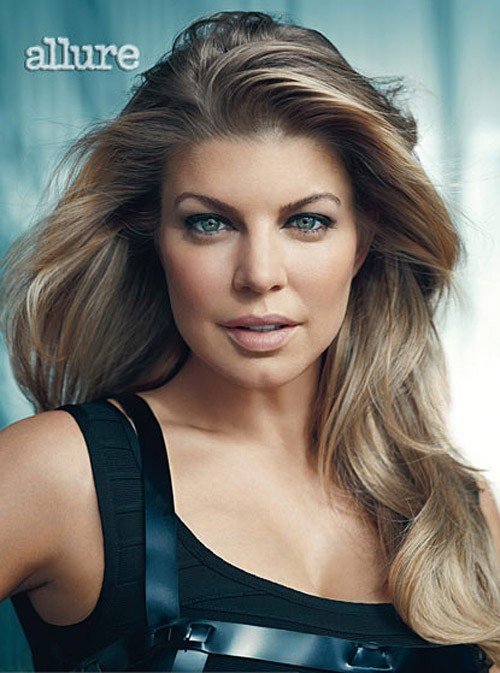 “The goal was to create a natural, sexy look,” said makeup artist Yumi, shown here at left, who focused the attention on Fergie’s eyes. She dusted on a shimmery grayish taupe eye shadow, then lined the singer’s eyes with a black pencil and a bit of powder shadow.

Next, she brushed bronzer underneath the cheekbones to contour Fergie’s face, then added light pink blush on the cheeks. Finally, the makeup artist skimmed Fergie’s lips with clear gloss.

Fergie’s body is killer—and she works hard for it. “I do cardio and resistance training. I’m getting more into jump rope now.” These workouts usually require two sports bras and a lot of Tiger Balm. “For your shoulders, if you have breasts. There’s a lot of…waving.”
REPORTED BY BROOKE HAUSER
PHOTOGRAPHED BY NORMAN JEAN ROY
FASHION EDITOR: PAUL CAVAC
For more pick up the July issue of Allure, on newsstands June 21 allure.com