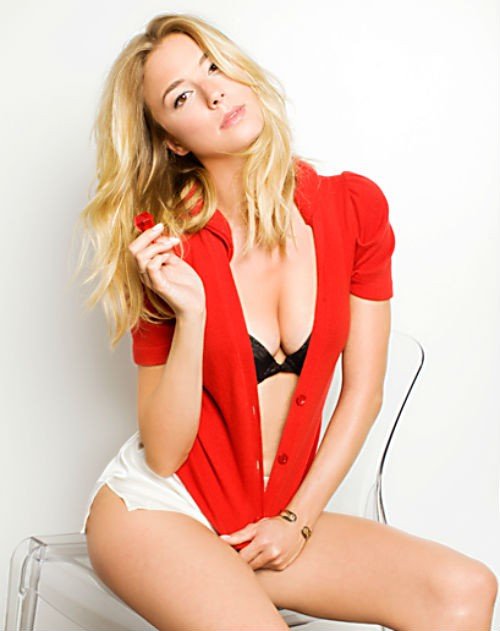 Emily VanCamp has done the impossible: Her side-eyeing femme fatale on ABC’s Revenge has us honest-to-God hooked on a nighttime soap.

The actress shows off her bra and… opens up to GQ magazine (November Issue) about what Canadians do better, zombie attacks, and why she’s totally into PDA. 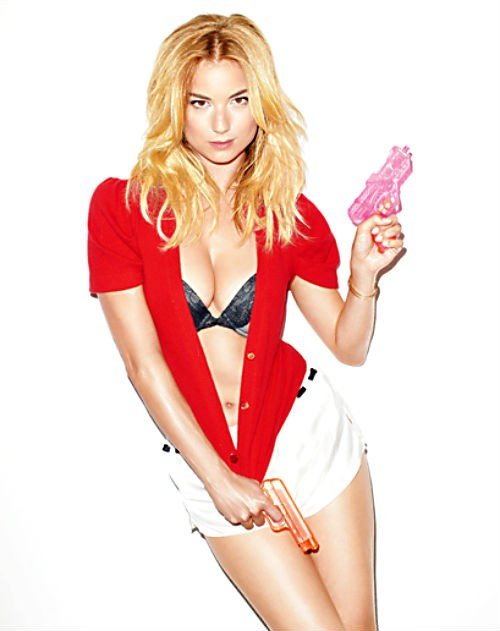 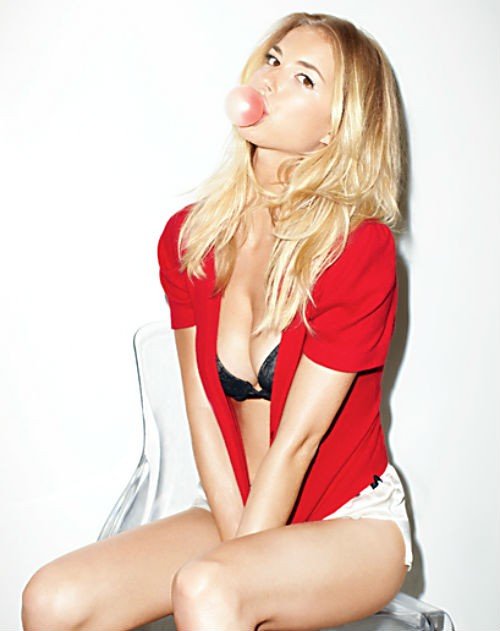 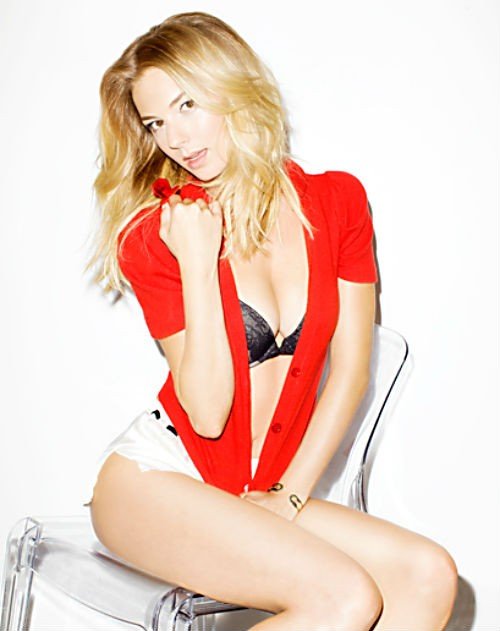 GQ: You pull off the salty-sweet thing on Revenge really well. Which comes easier?

VanCamp: Yeah, I always feel like I’m playing a character when I’m in a beautiful dress, with my hair coiffed. I like getting down and dirty. It’s really fun. There’s nothing better than setting an asshole’s house on fire. It’s those moments when I think “I love my job!” 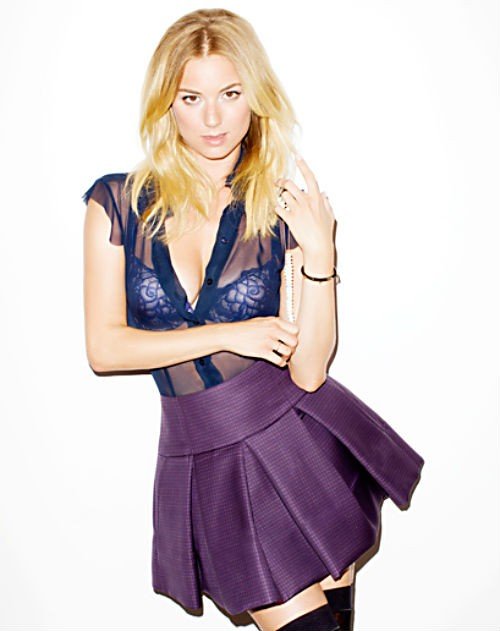 GQ: Would you consider yourself more of a tomboy, then?

VanCamp: Definitely. I did ballet, which taught me how to be poised and graceful, but still, to this day I’d rather be fishing than going to some glamorous party. It’s so therapeutic.

VanCamp: I think a barracuda—quite a big one—in the Caribbean.

VanCamp: It wasn’t! It was on one of those industrial lines.