Evan Rachel Wood shows her physique and tells Esquire magazine, she has tattoos inspired by the likes of hero David Bowie, author Shel Silverstein and ex-fiance Marilyn Manson. And reveals she’s into androgyny, and dates both men and women. 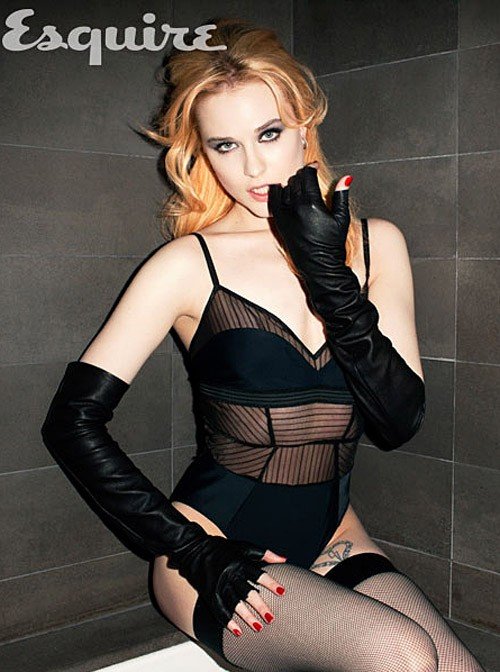 On her and Manson: “I think one of the things that freaked people out so much is that we looked so different.”

True, that was part of it. But it was more than that. If Evan Rachel Wood represents America’s rebellious teenage daughter, Manson represents the forty-year-old goth in a band down the road she would date just to spite us. They broke off their engagement in August. The inevitable residual tattoos: Behind her right ear, the number “15,” a significant one for the two of them. Behind her left, something that looks like a heart combined with an infinity symbol. “You know, ‘Forever Love,’ ” she explains. “Whatever.” 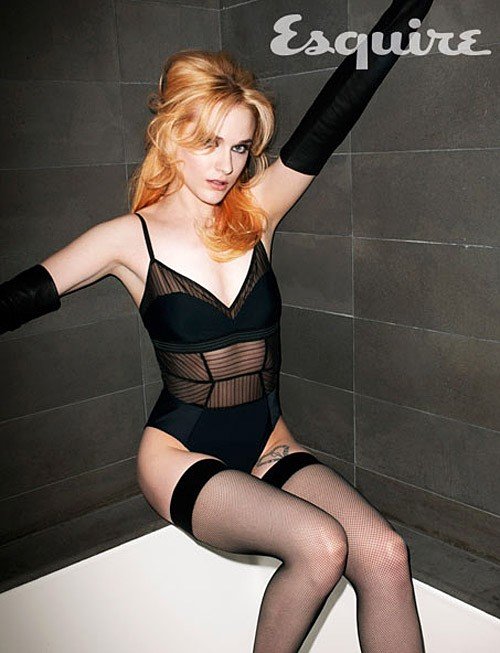 You date women?
“Yes,” she says proudly, as if she was waiting to be asked.

Do you look for different things in men than in women?
“Yeah, I’m more kind of like the guy when it comes to girls. I’m the dominant one.” It’s with women, she says, that her inner North Carolina gentleman comes out: “I’m opening the doors, I’m buying dinner. Yeah, I’m romantic.” 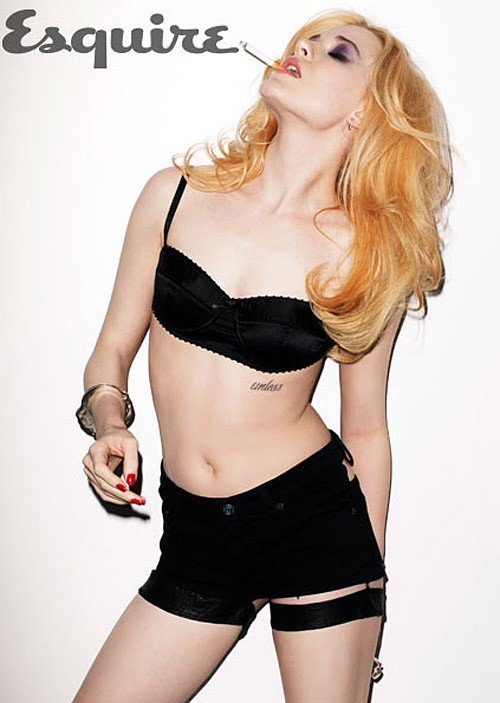 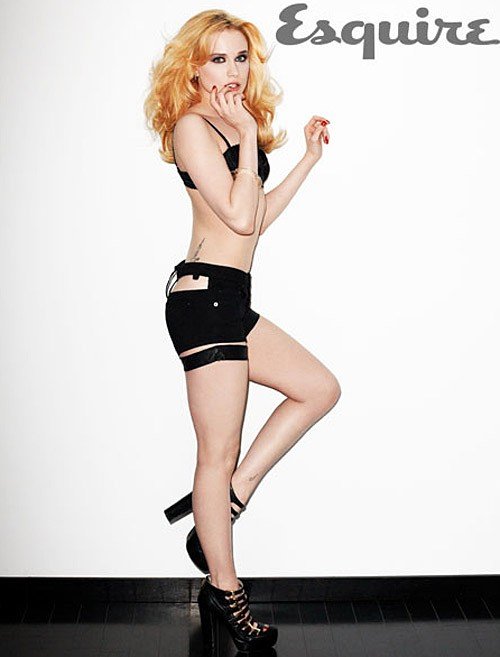