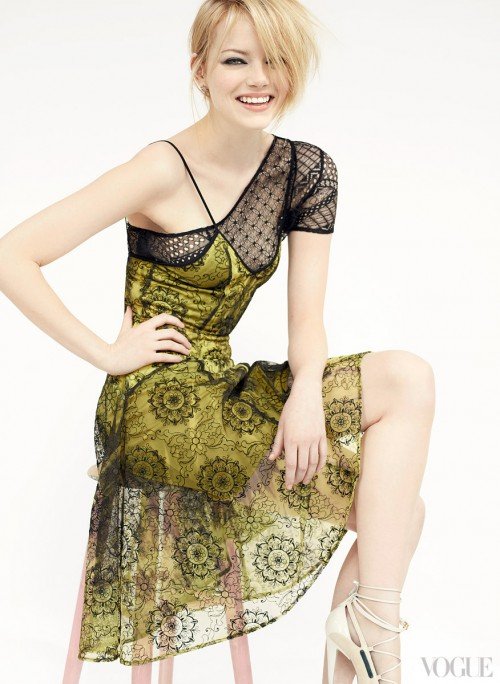 This summer finds 23-year-old Emma Stone dangling from the rooftops in her blockbuster breakout as Peter Parker’s brainy blonde girlfriend in The Amazing Spider-Man—and gracing her first-ever cover of Vogue. 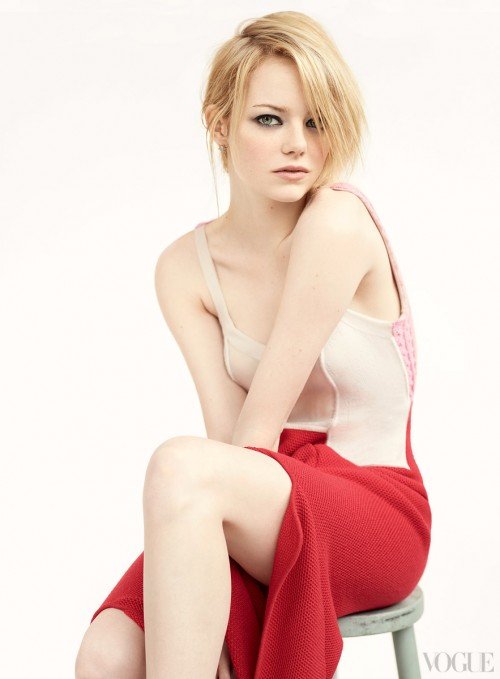 With photos shot by Mario Testino, Stone cultivates a persona all her own, an innate, antic glamour that’s inspired as much by Diane Keaton’s Annie Hall style as Lanvin and Giambattista Valli. 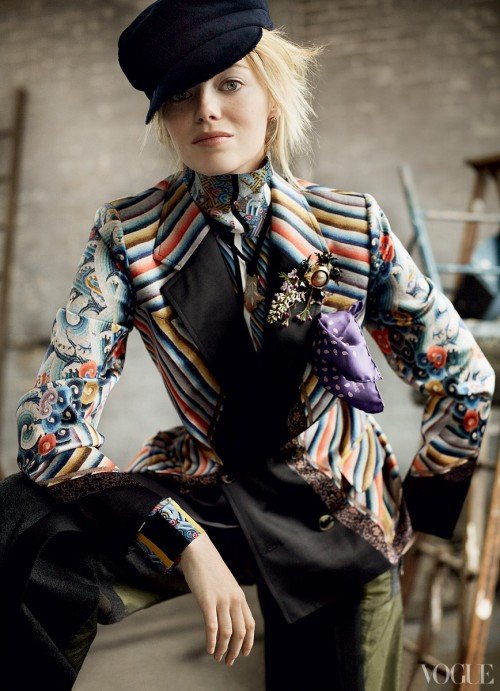 In the Vogue cover story, Stone recounts what it’s like to see her childhood dreams come true (appearing at the Oscars in 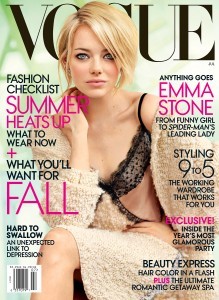 February, hosting Saturday Night Live); confesses to a history of panic attacks and how she learned, growing up in Arizona, to channel that anxiety into laughter (“Comedy was my sport”); and reveals how she launched into acting at the age of fourteen (to convince her parents to let her move to L.A. to pursue her dream, she made a PowerPoint presentation).

That may have been her first major performance—now, as Spider-Man leaps into theaters, we’ll see her hanging from the precipice, perfectly poised for her next big moment.

To read the full story, head to newsstands now to buy the July issue of Vogue vogue.com