Hollywood leading man Chris Evans smolders in the role of the Gucci Guilty hero for Gucci Guilty for Him campaign. 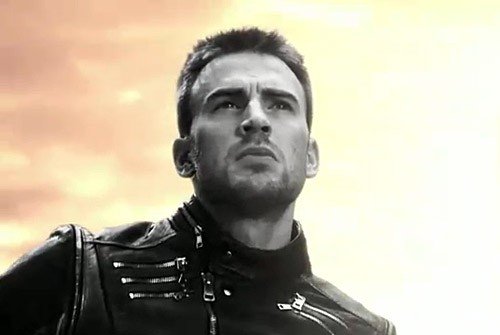 Chris was an absolute revelation, remarks Creative Director Frida Giannini. His looks are hypnotic, and he has such an incredibly powerful presence in front of the camera. In a few brief moments, he creates an unforgettable character.

Evan’s mesmerizing co-star is Evan Rachel Wood, one of the foremost talents of her generation. Giannini is full of admiration: Evan Rachel Wood is such a gifted and beautiful actress. I have always admired her confidence and ability to transform herself. The chemistry between these players is palpable. Their story unfolds to the strains of Depeche Mode’s Strange Love, given a haunting new rendition for the Gucci Guilty for Him fragrance by acclaimed British musician Natasha Khan, the lead singer of Bat for Lashes. Renowned fashion photographers Mert & Marcus are responsible for the print advertising -unapologetically sensual images that will etch themselves on theconsciousnesses of a generation.

The campaign will prove groundbreaking in its embrace of innovative, youth-focused media and technologies. Like Gucci Guilty for Her, Gucci Guilty for Him is destined to become a viral phenomenon.Frida Giannini observes: Everyone is in love with the Gucci Guilty man. He is a risk-taker, a thrill-seeker, yet he always remains sensitive to a woman’s desires. He embodies these desires. Men yearn to be him, women to be his.