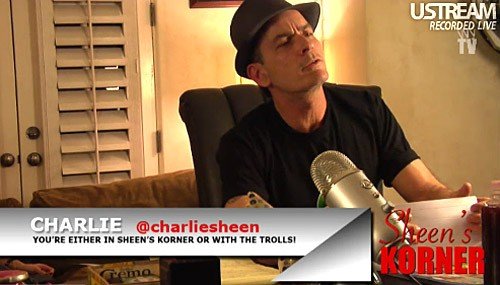 Charle Sheen revealed his new tattoo, which he got on his wrist, It says Winning.