The tropical heat strikes you like an unexpected punch in the stomach. It feels like it’s pouring down, a thousand rain drops that make your clothes damp, but the sky is cobalt blue and there are no clouds within sight. No, it’s just the tropical heat, the humid, suffocating heat of equatorial regions.“Selamat Datang!” – “Welcome!” This is the way Raja greets us, at the highly modern Kuala Lumpur airport, while I’m still trying to adjust to the local early morning time.

Raja is in charge of bringing us from the airport to the hotel. A sincere handshake and a brief exchange of courtesies and off we go in the small minibus.

Raja is not very tall, his hair is pitch black and perfectly matches his eyes; his name and his physical features indicate a Hindu origin. He’s very talkative, lively; he talks, endlessly, of his country, with love, with pride. He’s very easy to listen to and very educating. 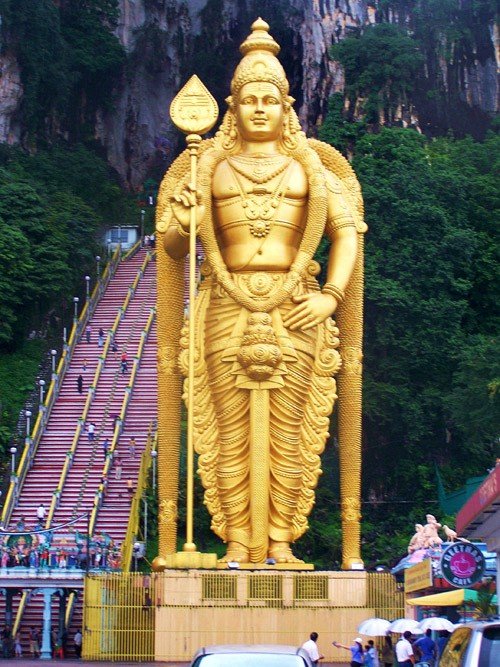 From afar, I take a glimpse of the city. Even at a distance, the Petronas Towers are a magnificent sight! 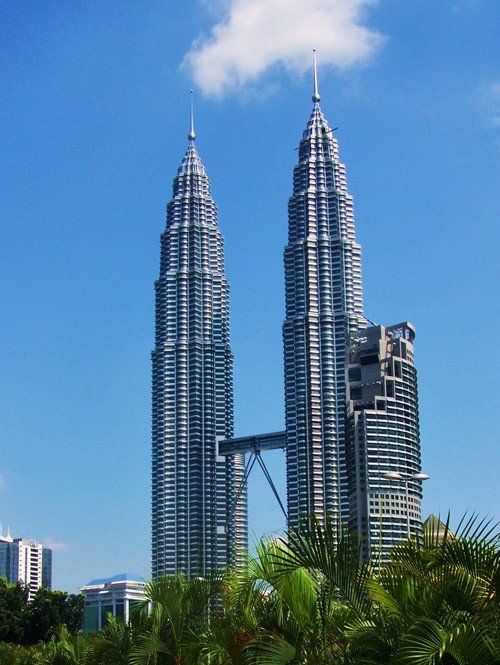 Kuala Lumpur is a place full of contradictions. Looking up, the more and more peculiar shaped skyscrapers raise themselves towards the skies like tenacious ivy; it’s a jungle of glass, and being in the middle of it, it’s easy to forget that it is itself surrounded by the jungle, the real tropical one, just outside town.

Looking down however, especially leaving the city centre and going towards the suburbs, reality is somewhat different.

Footpaths are precarious, some hole here and there, the houses are not elegant penthouses anymore but slums built out of tin on mud.

The contradictions, however, in this amazing city, do not stop here. The quest for modernity, of which KL, as their inhabitants call their city, is extremely proud, is in direct contrast, but seems to be perfectly amalgamated, with the traditional ways of its people. 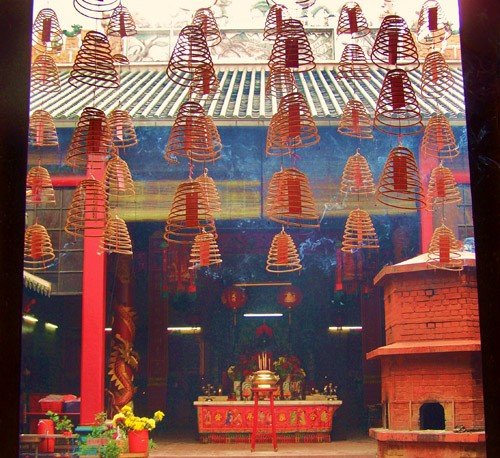 Kuala Lumpur is a melting pot of races.

The three main racial components, Hindu, Muslim and Chinese, appear to integrate themselves seamlessly inside a nation that, though being officially Muslim, allows freedom of religion. 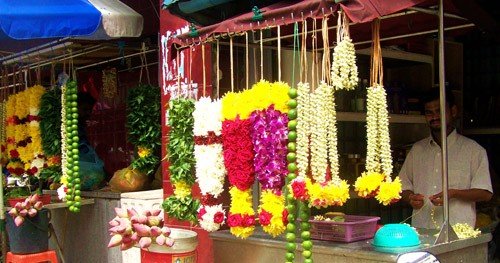 As Raja pointed out:” We are born, work, live, pray and die together because we are all part of the same nation.” The city’s multiculture is testified on the streets by a colorful array of sarees, hijabs, chadors and western clothes.

Kuala Lumpur has so much to offer to its visitors.
From the visionary majesty of the steel monsters Petronas Towers, until recently the world’s tallest building, to the lovely and intricated lace-like colonial style or Moorish decorated buildings, witnesses of past colonizations.

From giant shopping centres to Muslim mosques, Hindu and Chinese temples, oasis of peace and tranquillity, so spiritually distant from the thousand noises of the busy city around them.

From the trendy bars and nightclubs to the simple and delicious culinary experiences of Chinatown and Little India. It is easy to think to be in two, three, a thousand different places. 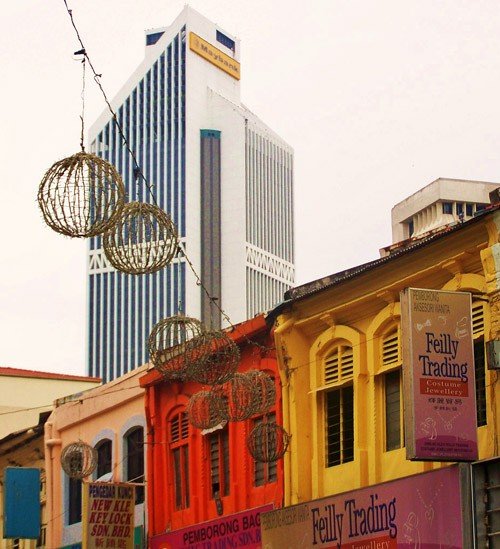 Chinatown and Little India’s alleys resemble labyrinths of humanity, where the pace is slow and unhurried, where the passing of time is lived with serenity. Modernity seems so far away.

Fruit stalls offer their daily products, from mangoes to lychees, to durians, the world’s worst smelling fruit; bakeries attract the hungry passer-by with their enticing perfume of just-out-of-the-oven products; beside them, flower sellers are busy weaving wreaths to be offered to the temples. It is easy and relaxing to get lost in that world.

But, again, looking up past the already fading colours of terraced houses, the glass monsters loom, reminding you that modernity runs faster than man’s step. 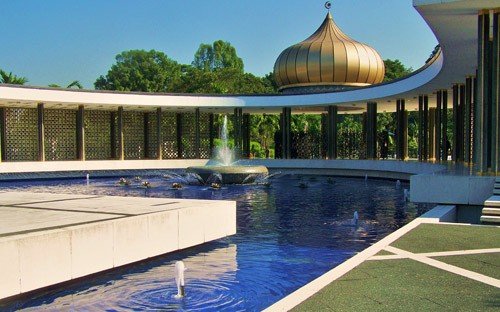 Kuala Lumpur is a relatively new city. Established in 1857 by a group of Chinese tin prospectors, in 150 years it has become the city that it is nowadays. Its name means “muddy confluence”, being, in fact, at the confluence of the rivers Klang and Gombak.

After a past of Dutch, British and Japanese invasions, Malaysia obtained its independence in 1957. Malay people are very proud of that, as they should be. Merdeka square, or Independence square, is a place that sums up in itself the history of its country.

A large cricket pitch, bounded by clubhouses in typical north European style, stands opposite to a beautiful Moorish style building; a gothic style fountain on the left and plenty of skyscrapers around. But the pride and joy of Malay people lies up there, with the terribly striking Petronas Towers, with their 451.9m of height and 88 floors that represent for them a jump towards the skies, towards tourism, towards progress.

The future for them seems to be full of optimism. From the bottom of the towers, I watch them smiling, and I can’t help but smile with them.
Words and photos by Mel Asta 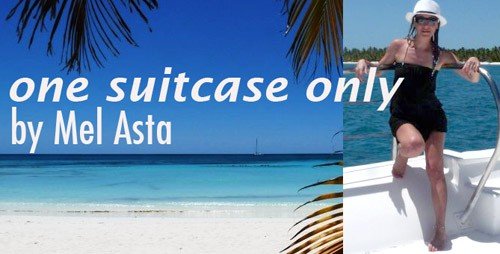