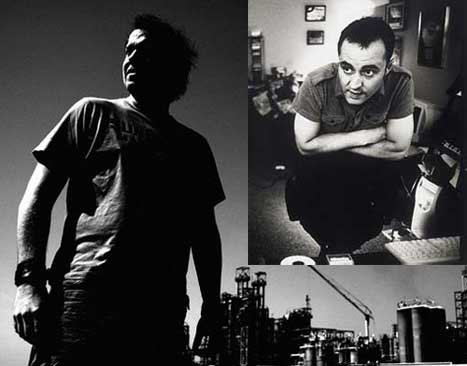 Dutch master MARCEL WOODS is joined by Northern Ireland legend ROBBIE NELSON (Agnelli & Nelson) for one of the most hotly-anticipated trance nights of the year.

Since releasing the hugely popular ‘De Bom’ in 2001, Woods has went on to become one of the most successful producers in the world with a string of hits including ‘Advanced’, ‘Cherry Blossom’, ‘Monotone’, ‘Lemon Tree’ and many more.

Last year he once again delivered the goods with no less than five original productions (‘On Fire’, ‘Life Is Like A Box Of Chocolate’, ‘Musical Madness’, ‘Can’t Sleep’ and ‘High 5’), a stunning Mash Up remix of the trance classic ‘Greece 2000’ by Three Drives and an abundance of remix work for some of the biggest DJs on the globe!

And in 2009 the likeable Dutchman continues to push his sound around the world playing gigs across Europe, America and beyond, while spending more time than ever in the studio preparing his next track for global success.

One half of dynamic duo Agnelli & Nelson, ROBBIE NELSON is responsible for some of the most successful dance tracks to come out of Ireland.

Throughout the ’90s Nelson performed memorable sets across the country and his residency at The Arena in Armagh has went down in Northern Ireland clubbing history as one of the greatest there has ever been.

And when he joined forces with Chris Agnelli towards the end of the decade the country’s most successful ever production duo was created.

‘El Nino’, ‘Hudson Street’, ‘Everyday’, ‘Holding Onto Nothing’ and ‘Wear That Dress’ are just some of the iconic productions released by the Larne DJs/producers.

International gigs have taken them across the planet, playing countries as far afield as Argentina, China, Taiwan, Korea and Singapore.

Solaris International regularly receives over 55,000 weekly downloads, as well as the thousands of listeners who tune in via digital radio every week.

And having just returned from a tour of Australia with Trance Energy and with a new mix/compilation CD set for release (Trance World 7) Nelson can’t wait to revisit Cookstown for a night of trance-fused madness;

“Clubland is as close to the magical atmosphere experienced in The Arena as you’re going to get anywhere in Northern Ireland,” he says.

And with that the scene is set for one almighty trancetastic party!