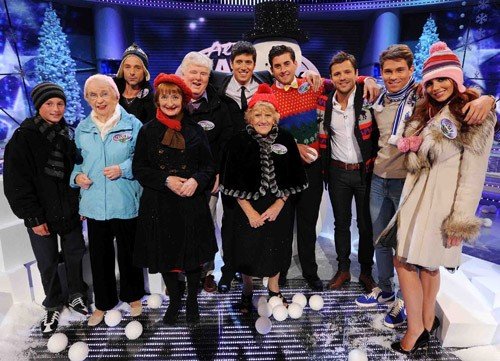 The cast of TOWIE and Benidorm battle it out for the All Star Family Fortunes Christmas Special.

Vernon revealed, “It’s a shame we can’t show some of the off-cuts of the show, particularly of Joey.”

He explained, “I couldn’t believe that a young man in his day and age could be so clueless about life – and I really mean that in the nicest possible way.”

Is there a nice way to say that? “I am in no way dissing him, but that boy needs to learn a bit of common sense.”

Joey did “eventually!” get one question right in the end, says Vernon, “But I don’t think Joey grasped the concept that the show actually finds out what people had said as answers.

He was like: ‘Wow, look at all these bright lights…’ And I kept wondering: ‘Joey, are you really in the room?’” This will be an interesting Christmas special.
Read more in TV Buzz Magazine from The SUN
facebook.com/TVbuzzmag