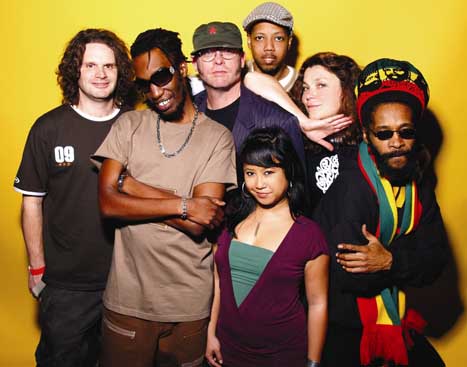 The musical collective behind Dub Side of the Moon, Radiodread and now Easy Starâ€™s Lonely Hearts Dub Band sprint back to Belfast on 12 August following their very sold out show at the recent Cathedral Quarter Arts Festival, and before tongues have stopped wagging!

Their newest release, Easy Starâ€™s Lonely Hearts Dub Band, tackles the Beatlesâ€™ Sgt. Pepperâ€™s Lonely Hearts Club Band in complete reggae fashion. Itâ€™s been picking up great reviews: “Beautifully sung and skillfully re-imagined” Daily Mirror, and “this is a splendid tribute that only helps revive the reputation of a once beloved touchstone of pop excellence â€¦. they enable the songs to blossom in entirely new ways, a riot of fresh red, green and gold imagination.” Independent

The current tour sees the band performing music from all three of their famed albums. Indeed at this yearâ€™s Glastonbury Festival they will perform all three albums in complete form on three different days, concluding on the legendary Pyramid Stage on the Sunday afternoon.
EASY STAR ALL-STARS
WEDNESDAY 12 AUGUST 2009
EMPIRE MUSIC HALL, BELFAST
Doors 8pm. Tickets are Â£15 inc bkg fee from Ticketmaster outlets, by phone 24 hrs on 0870 243 4455 and online at www.ticketmaster.ie