Celebrated rock band ‘TOTO’ will perform a rare concert at London’s HMV Hammersmith Apollo on Sunday 26th June, 2011. This will be TOTO’s only UK concert this year. 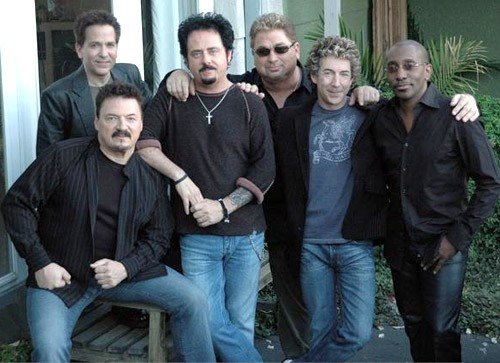 TOTO are featured on the front cover of the new issue of “AOR” magazine. The new issue features an 11-page retrospective that chronicles the history of TOTO written by Derek Oliver, plus a free cover mount CD, “AOR Anthems,” that includes a live recording of TOTO’s “Pamela” exclusively mixed for AOR by TOTO drummer, Simon Phillips.