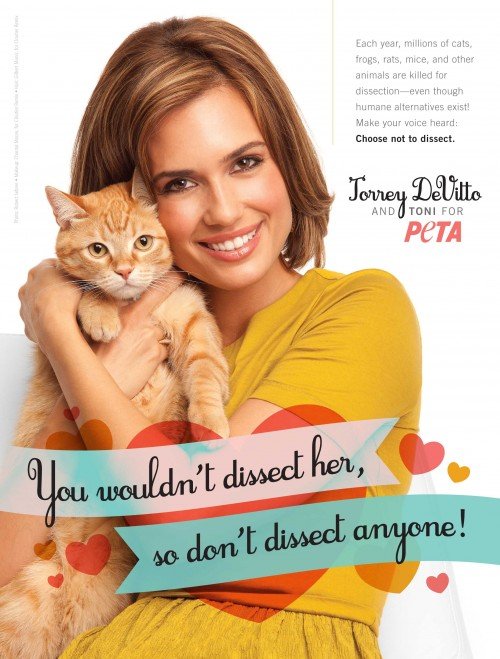 In an interview, DeVitto explains how she let fear of disappointing her teachers push her into dissecting when she was in school – and how she still regrets it. “I didn’t think I had an option”, she says. 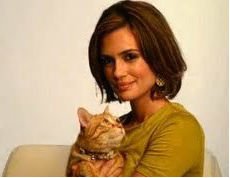 “Kids need to know they have the option – they don’t need to be subjected to this. … You can do virtual dissection, which gives them just as much information as dissecting a real cat or frog.”

In the interview, DeVitto goes on to encourage students to refuse to dissect, saying, “You’ll feel so much more proud of yourself if you do stand up for what you believe … there’s nothing more valuable than your voice and your own opinions”.

Every year, millions of animals – including cats, frogs, rats, mice and foetal pigs – are dissected in schools and universities. Studies have repeatedly shown that virtual dissection is more effective for teaching biology than cutting up dead animals.
PETA.org.uk