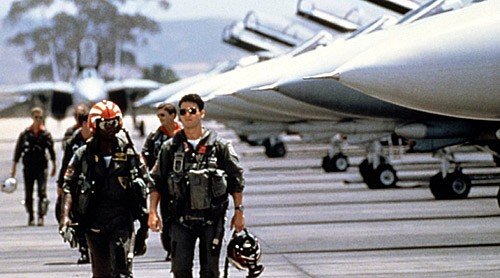 Based on the iconic film, Top Gun is a free-flying air combat shooter that expands the legend of Maverick, Iceman and the rest of the Top Gun flyers through new dialogue and combat scenarios written by the film’s screenwriter, Jack Epps, Jr. 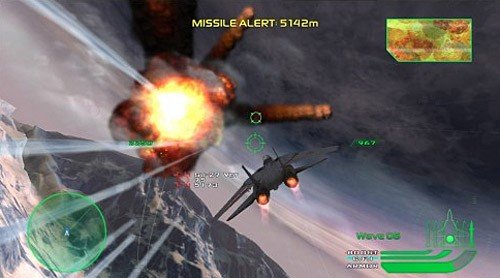 “Jumping into the cockpit and blasting down bogeys to the classic compositions ‘Danger Zone’ and ‘Top Gun Anthem’ is something every ‘Top Gun’ fan has wanted to do since the film’s release,” said John Kavanagh, senior vice president of video games, Paramount Digital Entertainment.

“And with the help of Jack Epps, Jr., we’re excited to offer both intense combat and all-new encounters with the film’s famous flyers.”

As Maverick, players will go up against the best of the best at the Top Gun Academy with their Radar Intercept Officer (RIO), Goose. Following graduation, players will take on the Soviets over the Indian Ocean.

While engaging in large-scale dogfight battles, Maverick will test the limits of his plane, his new RIO and his wingman, Iceman. 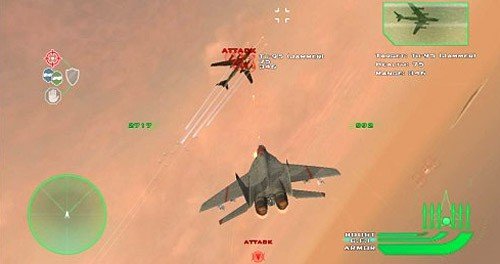 Top Gun also features five multiplayer modes, allowing up to 16 players to battle it out online.

Top Gun is available for purchase on PlayStation Network for $14.99.

Those who purchase Top Gun in the first eight days will receive a free limited edition flight suit for their PlayStationÂ® Home avatar.

“I’ve always wanted to expand the story of Mav and Ice after graduation. In the film, we got to the ending really fast, but the game gives them a few more missions to compete and challenge each other.

The Top Gun game is the perfect place for the two best pilots in the world to continue to answer the question: Who’s the best pilot? And this time they face the top Soviet ace, Ivan.
I think the game is a great extension to the movie,” said Jack Epps, Jr.

As Maverick in Campaign Mode, solo players first learn the ropes at the Academy and then progress to active duty, teaming up with seasoned pilots to take down enemy planes over the Indian Ocean.

Players will experience the tumultuous new wingman relationship between Iceman and Maverick as they team up to take on the top Soviet ace pilot.

“With seven gameplay modes, including five online multiplayer modes, and a script penned by the screenplay’s original author, Top Gun is incredibly deep for a digital distribution title.

It’s a fun, fast-paced air combat game set in the world of an iconic American film, all at a great price.”

In addition to Campaign Mode, Top Gun features Horde Mode, where players must show off their flying prowess as they defeat endless waves of increasingly challenging enemies.

In online multiplayer, players either enlist in the US Navy or join with their Soviet comrades to go head-to-head with up to 15 other live opponents in five different modes: Deathmatch, Team Deathmatch, Top Gun, Bombing Run and Capture the Flag.

Each jet has unique strengths and abilities, with varying levels of speed, destruction, agility and durability.

Top Gun was developed by doublesix, the recent award winner of Spike’s “Video Game Awards” for “Best Game Based on a Movie or TV Show” category.

Top Gun is now available to download on PlayStationNetwork for $14.99 and is rated T by the ESRB.

It will be available for PC and Mac later this year.

As a free gift with purchase, players will receive a free limited edition Flight Suit for their PlayStation Home avatar.