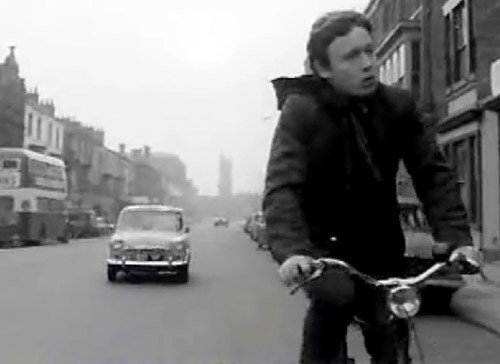 News of the tragic death of director Tony Scott broke this morning. As we mourn the passing of a very talented man, we can watch Tony being directed by his older brother Ridley, in ‘Boy And Bicycle’, one of Ridley Scott’s first films.
This touching clip from the 27 mins. black and white Ridley Scott’s first film, was made initially on a budget of £65 using a Bolex 16mm cine-camera, and completed in 1965 with the help of a grant by the BFI’s Experimental Film Fund and was finished with a score by John Barry.

In this atmospheric film Tony stars as a schoolboy playing truant for the day in Hartlepool. His bike trip takes him from the beach, to a funfair and to a deserted shack, as we listen to his random thoughts (everything from fish shops to women’s hairy legs).

Boy and Bicycle is truly a family affair, as Scott’s father drove the car used for the many tracking shots, while both of his parents make cameo appearances.
Watch ‘Boy And Bicycle’ on The Space here
thespace.org
R.I.P. Anthony David “Tony” Scott (21 June 1944 – 19 August 2012)