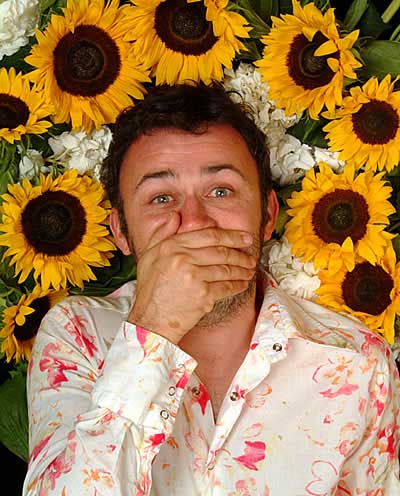 It’s been two years since the last Tommy Tiernan Irish tour but he has not been resting on his laurels, quite the opposite in fact.

Tommy has been focusing his energy on America and Canada with a 3 week run at UCLA, a 6 week run in New York, a 6 week tour of Canada, 2 Just for Laughs Galas, numerous American club dates including Philidelphia, Washington, Omaha and Texas.

The filming of his first US TV Special Something Mental which will set be broadcast on Comedy Central on St. Patrick’s Day 2008 with a US DVD release to follow and his blinding debut performance on The Letterman Show.

Not to mention winning The People Of The Year Funniest Living Irish Person award, co-writing the menage a Tiernan play Help which ran at this years Edinburgh Fringe Festival.

Lets not forget filming both his IFTA nominated documentary Jokerman Tommy Tiernan takes on America and his brand spanking new DVD OK Baby due for release mid November. Oh and did I mention training for this years Dublin Marathon?

But deep breath we can all calm down, even though it has been a long tough wait the prodigal son has returned as September 2007 sees Tommy back home and on the road with his brand new Irish tour Bovinity… but be warned, tickets for this tour will literally evaporate on release the demand has been so great so get in there fast, OK Baby!
For Bovinity Tour Dates Go To www.tommytiernan.com

* bovinity: the absolute antithesis of sincere behaviour in human form. Namely executed in completely nonsensical and ridiculous taskmaking within the workplace, encouraging the widest possible deviation from the direct route of A to B (via Z). Also an adequate description of idiotic juvenile behaviour (the like last seen in the playground) carried out by a grown woman/beast.

* of or pertaining to the subfamily Bovinae, which includes cattle, buffalo, and kudus