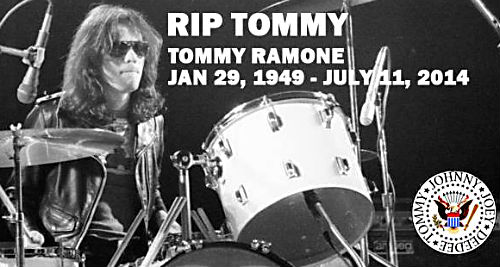 Tommy Ramone died on Friday at the age of 65. He was the last surviving original founder and drummer seminal punk band the Ramones. Andy Schwartz, publisher of New York Rocker magazine, said on behalf of Ramone’s family: “Tom died, July 11, at 12:15 p.m. at his home in Ridgewood, Queens…He was in hospice care following treatment for cancer of the bile duct.”

In 1978 Tommy Ramone said: “It wasn’t just music in The Ramones: it was an idea. It was bringing back a whole feel that was missing in rock music – it was a whole push outwards to say something new and different. Originally it was just an artistic type of thing; finally I felt it was something that was good enough for everybody.”


In an interview with Events Magazine in 1984 he said: “You just have got to be lucky. You come upon a certain type of music and all of the sudden you realize it’s something a little bit different than what everybody else is doing”. 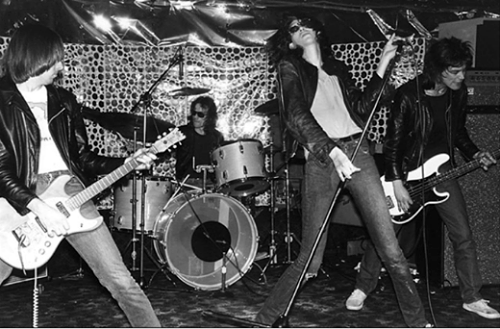 On the power of the Ramones Bill Wyman said: “Once we figured out the Zen of it, the world looked different. Bands like the Eagles and the Who sounded weak, Pink Floyd sounded mannered, Zeppelin almost flatulent. The Ramones seemed to understand all of that, even as they chipped chinks in the armor that would later allow for the blow that, while it did not kill the beast, made its mortality plain.”