Hollywood mega-mogul and Movie Awards producer Les Grossman (Tom Cruise) commandeered the “2010 MTV Movie Awards” stage in an explosive, surprise dance number with a bedazzled Jennifer Lopez, as well as with recurring rants at a long list of Hollywood stars in his line of fire, including Robert Pattinson, Taylor Lautner, Will and Jaden Smith and Michael Cera. 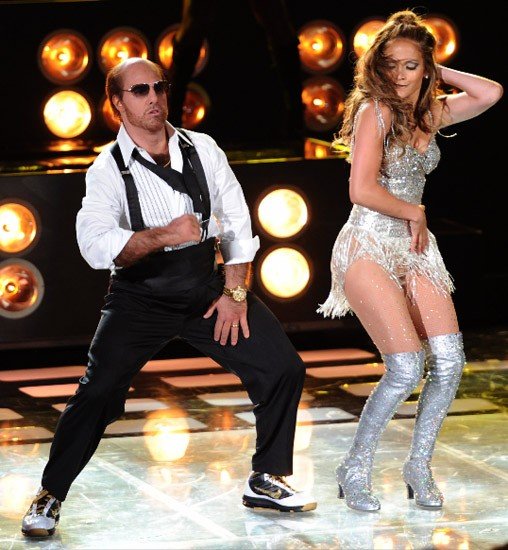 In true “MTV Movie Awards” fashion, the night was filled with laugh-out-loud film parodies as host Aziz Ansari inserted himself into scenes from “The Blind Side” and “Precious,” before being introduced by heartthrob Justin Bieber. Aziz also brought down the house when he channeled R. Kelly, performing a hilarious new “Avatar”-themed song in which he slammed British Petroleum, marking the latest installment of his ongoing parodies of the R&B star.

“The Hangover” grabbed two awards, with Zach Galifianakis winning “Best Comedic Performance” and Ken Jeong being honored with “Best WTF Moment.” The “Badass” award of the night went to Rain for his performance in “Ninja Assassin,” and Amanda Seyfried won a golden popcorn for “Best Scared As S**T Performance” in “Jennifer’s Body.” “Best Breakout Star” went to Anna Kendrick for her performance in “Up In The Air.” The “Villain” award went to Tom Felton for his role as Draco Malfoy in “Harry Potter and the Half-Blood Prince.” Beyonce Knowles and Ali Larter won “Best Fight” for their onscreen slap fest in “Obsessed.”

In the highly-anticipated moment of the night, Academy AwardÂ®-winning actress Sandra Bullock was presented with the esteemed “MTV Generation Award” for her dynamic career and for entertaining generations of MTV viewers. Betty White and Bradley Cooper presented, along with Scarlett Johansson, whose real-life husband Ryan Reynolds was nominated in the “Best Kiss” category with Bullock for “The Proposal.” In a reference to her steamy on-screen collision with Ryan, Sandra locked lips with Scarlett to make sure she didn’t feel left out. 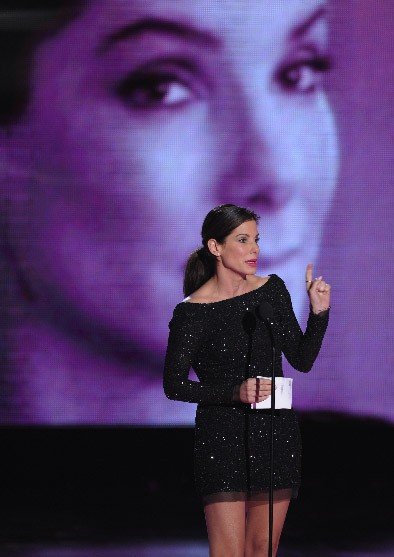 Prompting yet another Les Grossman outburst, “The Hangover’s” Ed Helms, dressed as a cloud, sang his famous “Stu’s Song” while a tiger-leotard-clad Ken Jeong performed a hilarious ballet solo. Grossman spoiled the recital by booting both of them off the stage.

The night also featured high-voltage musical performances from two of today’s biggest superstar artists. In a picture postcard brought to life, Katy Perry surfed onto the Movie Awards stage to perform her latest single, “California Gurls,” joined by Snoop Dogg, who rolled out on his own personal oasis amidst a puff of smoke.

Christina Aguilera wowed fans with a futuristic, multi-media extravaganza while performing a medley of “Bionic,” “Not Myself Tonight” and “Woohoo” from her upcoming album.

The MTV audience was also treated to exclusive first looks at two highly-anticipated movie releases of 2010, including “The Twilight Saga: Eclipse” and “Harry Potter and the Deathly Hallows – Part 2.”

BREAKOUT STAR
— Anna Kendrick – “Up In The Air” (Paramount Pictures)