After selling out shows in The Village and The Olympia, Dublin, Tom Baxter makes a welcome return to Belfast in May to treat fans to a very intimate show. 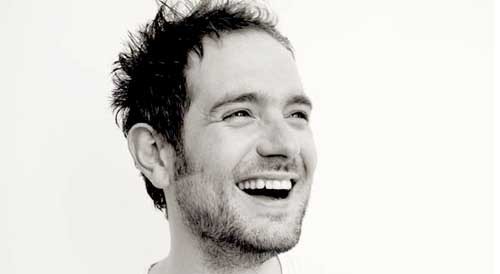 When you multiply the power of Tom Baxter’s writing by the intensity of his performances, strange things happen. One night this summer, he was playing a gig in Ireland when a girl was so moved, she proposed to him.

Real songwriting will always make its presence felt, and that’s why it’s time for Tom Baxter to reach the massive audience he deserves. So the famous and newly reenergised Charisma label is proud to present the English singer-songwriter’s second album ‘Skybound’ as the first essential album of 2008.

“I definitely feel there’s a real rapport now with the audience, I think that’s because I’m very at peace with performing and making the music,” says Tom. “I try to go into a zen-like state when I’m performing, because it’s important for me to realise that everybody has the potential to be affected by music. As an artist, that’s my aim. I just want to write more cracking tunes.”
tombaxter.com
myspace.com/tombaxter
TOM BAXTER
Thursday 8th May
Spring & Airbrake
Tickets Â£14.00
Doors 7:30pm
Tickets available from Katy Dalyâ€™s, Virgin & all usual Ticketmaster outlets. Credit card bookings & info: 0870 243 4455 or book online at
geturticket.com