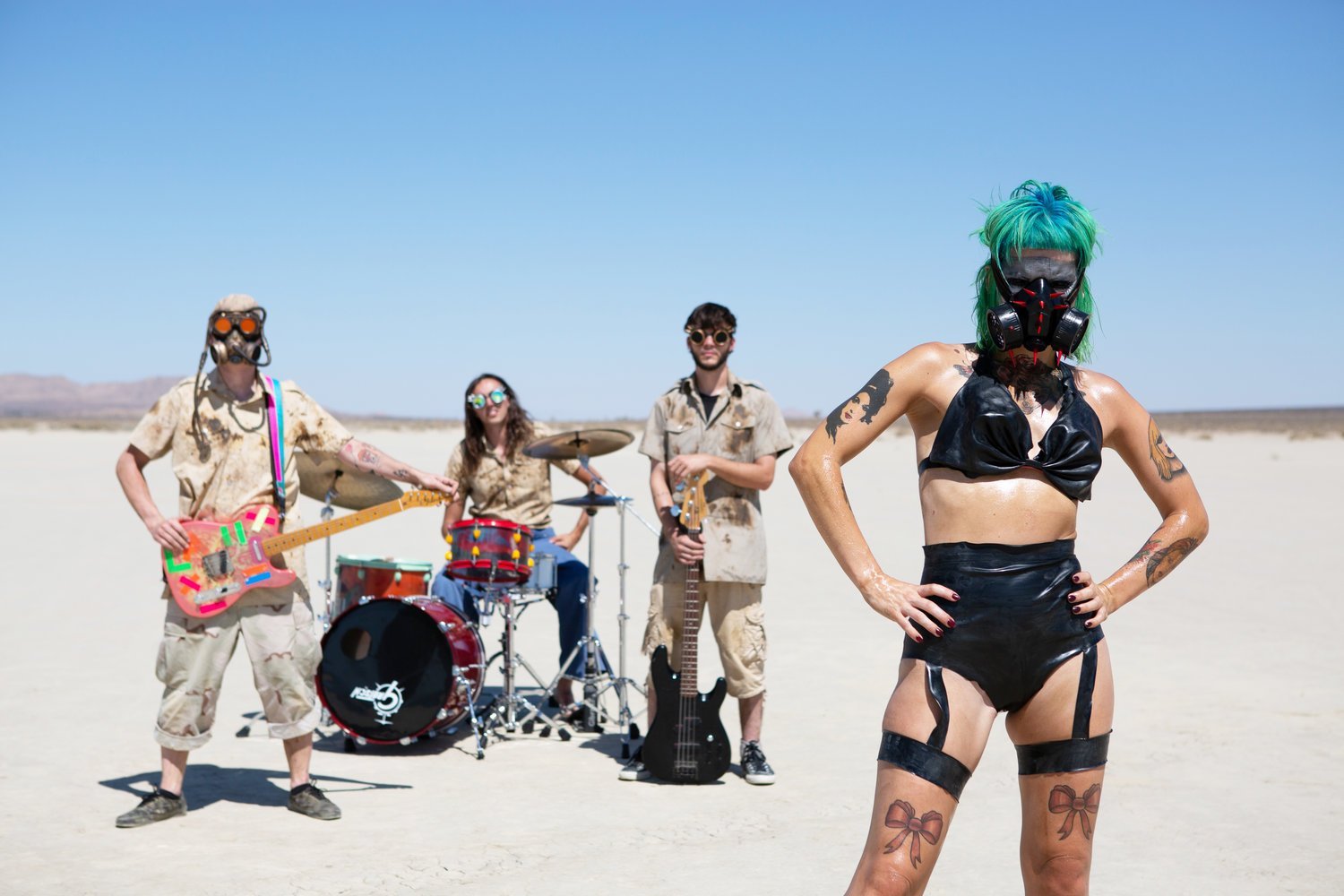 Having received acclaim from the likes of BBC Radio 1’s Huw Stephens and Radio X’s John Kennedy and becoming known across the UK for their spectacular live performances, London band Tokyo Taboo have previously blown us away with last year’s debut album 6th Street Psychosis. Now, with the news that their second album is on the way, they’ve shared an immense new video for latest single ‘No Pleasure Only Pain’.

Burning with a seething tension to match the frazzling heat of the desert in which the video’s set, ‘No Pleasure Only Pain’ is inspired by the animal attraction you feel for someone or something, even when you know they will only cause you pain. Propelled by an acerbic energy, oozing a gritty, angst-driven power, it’s the intense soaring force of front-woman Dolly Daggerz’s vocals that stand out, alongside furious thrashing beats and a frenzied flurry of riffs. With blasts of nostalgic classic rock sensibilities, fused together with a refreshing raw spirit and unique empowering drive, ‘No Pleasure Only Pain’ will hit you like a spectacular shot to the heart and leave you hungry for more.

‘No Pleasure Only Pain’ is out now via TT Records. Tokyo Taboo’s upcoming album, funded in part by a successful Pledge campaign and produced by Noah Shain (Badflowers), will be out next year. Keep your eyes and ears peeled!