TINKER Bell, the world’s favourite fairy, is to become the tiniest star to take stage at Madame Tussauds in London.

Tinker Bell will join the A-list line-up sitting at just a tiny five and a half inches tall.

Liz Edwards, PR manager of Madame Tussauds said: Undoubtedly some of our celebrities are smaller than others but Tinker Bell is tiny on a scale we’ve never handled before; for context the average figure is somewhere between five and six foot tall- Tinker Bell is just five and a half inches”. 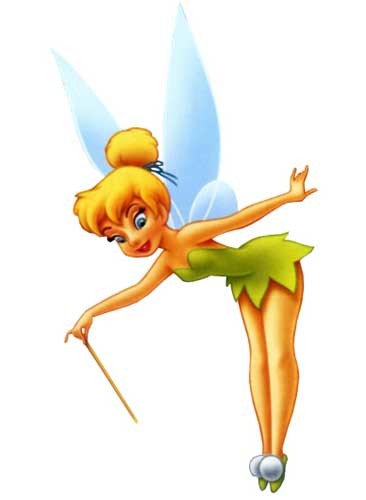 The studio artists had to study hundreds of 3D photos and footage from the tinyÂ  superstar’s first feature length movie Tinker Bell, which is due to make its debut on DVD and Blu-Ray on November 10.

The first step to making Tinker Bell was a perfect clay sculpture. The sculpture was then used to mould the final figure which then took the hair and colour artists a further six weeks to finish.

Ten layers of oil paints were used to build up colour and give a translucency to the skin tones to achieve a realistic texture.

Tinker Bell will be featured in her trademark green fairy dress complete with delicate wings which will be specially made for her over a four week period from the lightest materials to achieve a truly ethereal pixie look.

To ensure all guests get a chance to get up close to the enchanting little star she will reside in a specially designed glass globe at just the perfect viewing height for her adoring fans when she takes her place in the attraction.