EMI is celebrating the 30-year anniversary of Blondie’s Parallel Lines with a re-release of the iconic album that gave the band their first #1 hit in the U.S., Heart of Glass, and went on to sell over 20 million copies an extraordinary feat achieved only by an elite club of artists. To coincide with the release the band will be playing Vicar St. this July 25th.

The reissue contains all the original classic tracks, along with instrumental versions, some vintage recordings previously available only on vinyl, plus exclusive video content.

The timeless band that broke records and crossed boundaries with their unique style and music will hit the road again for a tour that will take them across the U.S. and Europe from summer through the end of the year.

Debbie is rightfully proud of the band’s hard work and accolades: The guys have gotten really good at what they do. I mean, they always were good players and songwriters, but I think now you could say they’re accomplished. 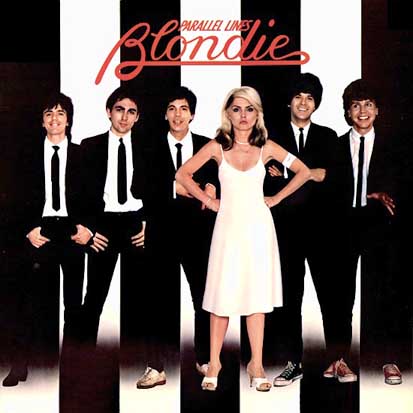 They wrote great rock hooks and brilliant, ironic lyrics. They had the hippest clothes and the coolest hair. Debbie Harry went from the pages of Punk magazine to being on the cover of just about every mainstream publication on the newsstands.

The band played the fabled New York downtown circuit of CBGB’s, Max’s Kansas City and Mothers, amassing a major following before recording their first album Blondie in 1976 for the Private Stock label. It was released in 1977 and was well received as the band toured in support of Iggy Pop and David Bowie.

In the summer of 1977, they released their second album, Plastic Letters, and toured Europe and Asia. In March ’78, the single “Denis” hit #2 in the U.K.

That summer, the band worked with producer Mike Chapman to hone their radio sound and create the album Parallel Lines, with the single “Picture This” going #12 in the U.K. and the follow-up, “Hanging on the Telephone,” hitting #5. Blondie had their first #1 record in the U.S. with “Heart of Glass,” which also sold over a million copies in the U.K., with the album moving more than 20 million copies worldwide. The fourth single from Parallel Lines, “Sunday Girl,” also hit #1 in the U.K. 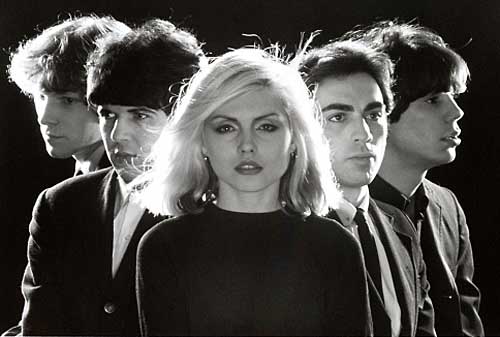 In September 1979, the band’s fourth album, Eat to the Beat, was released, along with the first-ever album-length video. Before year’s end, Blondie continued their chart presence in the U.K. with the #2 hit “Dreaming.” By February ’80, they landed another #1 U.K. single in “Atomic” and two months later scaled the U.S. charts a second time with “Call Me,” from the Paul Schrader film, American Gigolo. Before the end of the year, Eat to the Beat was certified platinum.

The fifth Blondie album, Autoamerican, produced the #1 U.K. smash, “The Tide Is High,” which duplicated that feat in the U.S. The band appeared on the popular TV show Solid Gold, and soon the album was solid platinum. Debbie released her first solo album, Koo Koo, produced by Nile Rodgers and Bernard Edwards of Chic and featuring a cover by H.R. Giger, the Academy Award winning sci-fi artist who created the Alien creature.

The band produced The Hunter in 1982, which included the single “Island of Lost Souls,” their final U.S. hit before Chris was felled by a rare and often fatal genetic disease, which led to a sudden hiatus for the group.

Debbie went on to appear in numerous films and plays and to create music in various contexts. In recent years she has been the featured vocalist of the Jazz Passengers.

Jimmy left music for a while to become a family man and contractor. Chris produced various bands in New York. Clem continued to record and tour with top acts. Sixteen years later the band members were used to being apart, but miraculously they were still talking. The friendships were still there.

The doors were ajar. Responding to a request, they reformed to play a concert and had so much fun and found so much chemistry remaining that they decided to try to make some new music. That worked out so well that they re-formed and made a new album, No Exit, the seventh Blondie studio album, produced by Craig Leon, who had actually produced the band’s first single, “X-Offender,” and worked on the first album assisting producer Richard Gottehrer.

No Exit was a perfect, up-to-date evolution of Blondie – a great collection of perfectly crafted pop songs. The trademark elements were still there: that perfect, propulsive beat; Debbie’s unmistakable voice, seductive, soulful yet ironic; atmospheric keyboards, sometimes lush, sometimes eerie; and brilliantly articulated guitar lines. It was an auspicious return, highlighted by the hit “Maria,” which went to #1 in 14 countries. The album sold more than two million units worldwide and, behind it, the band completed two tours of the U.S, the U.K. and Europe.

The band returned with The Curse of Blondie, their 11th album, featuring 14 powerful new songs – probably the most musically varied and experimental album in the group’s history.

Blondie’s Live By Request CD and DVD came out on September 14, 2004, and the band released their Greatest Hits: Sight and Sound CD/DVD in the U.K. (which quickly went gold) to coincide with a British tour in November-December 2005.

The package came out in the U.S. in spring 2006 on Capitol/EMI Music Catalog Marketing. Aside from including the groundbreaking videos made by the group between 1977-1982, the CD/DVD features the bonus track and video of “Rapture Riders,” a mash-up of “Rapture” and The Doors’ “Riders on the Storm.”

The group’s Capitol/EMI Music Catalog Marketing release, The Best of Blondie, has been certified double platinum by the RIAA for sales of more than two million. One of the plaques was auctioned off to raise money to help the legendary CBGB’s club in an attempt to stave off eviction from its downtown location.
blondie.net
BLONDIE
Parallel Lines 30th Anniversary Tour
Live @ Vicar St. July 25th
Tickets on sale Mon. April 21st @ 9am!
Booking Line: 0818 719 390.
aikenpromotions.com
ticketmaster.ie