Joan Collins will be returning to the silver screen in a delicious, dark independent movie entitled “Fetish,” filming this week in New York City. 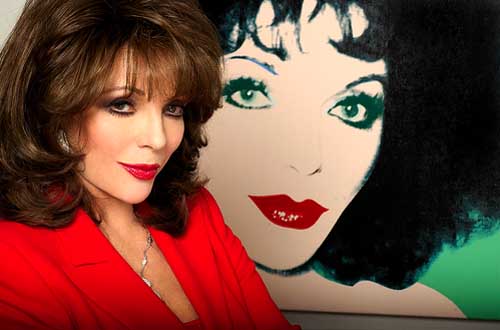 A fearless actress, Joan has always been a risk taker with her career. In this movie she will be working with a fresh and talented group of new filmmakers. 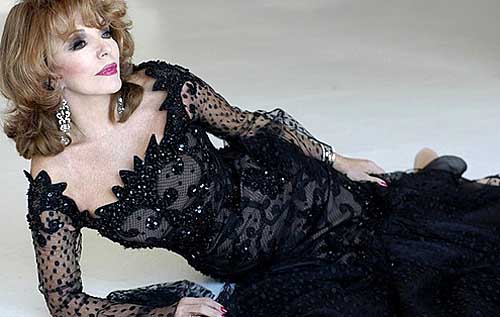 Joan accepted the role recognizing that the wave of the future is entrusting your career outside of the studio system with maverick filmmakers and accepting great roles where you can find them.

The screenplay for “Fetish” was written by Charles Casillo, who is the author of the novels “The Fame Game” and “The Marilyn Diaries.” The story revolves around an iconic actress on the skids, making a play for a comeback with a late night talk show host.

In an interview with Liz Smith, Joan has described the project as “Twilight Zone” meets “Sunset Boulevard” meets “David Letterman.”

She will be appearing opposite Charles Casillo, who also wrote and acted in the independent feature film “Let Me Die Quietly” which was met with much acclaim in last year’s film festival circuit.

“FETISH” offers a provocative storyline and meaty characters, a role that Joan can really sink her teeth into. Although a far cry from the big budgets of the “Dynasty” television series, Ms. Collins will wear fashion designs by Mark Zunino, a protege of Nolan Miller, the preeminent Hollywood trendsetter of the 1980’s.

“Fetish” will be a welcome treat for Joan Collins many fans who enjoy seeing her in stylish, dramatic roles.
www.letmediequietly.com/fetish
www.joancollins.net

JOAN COLLINS AT NORTON
by alanfrance