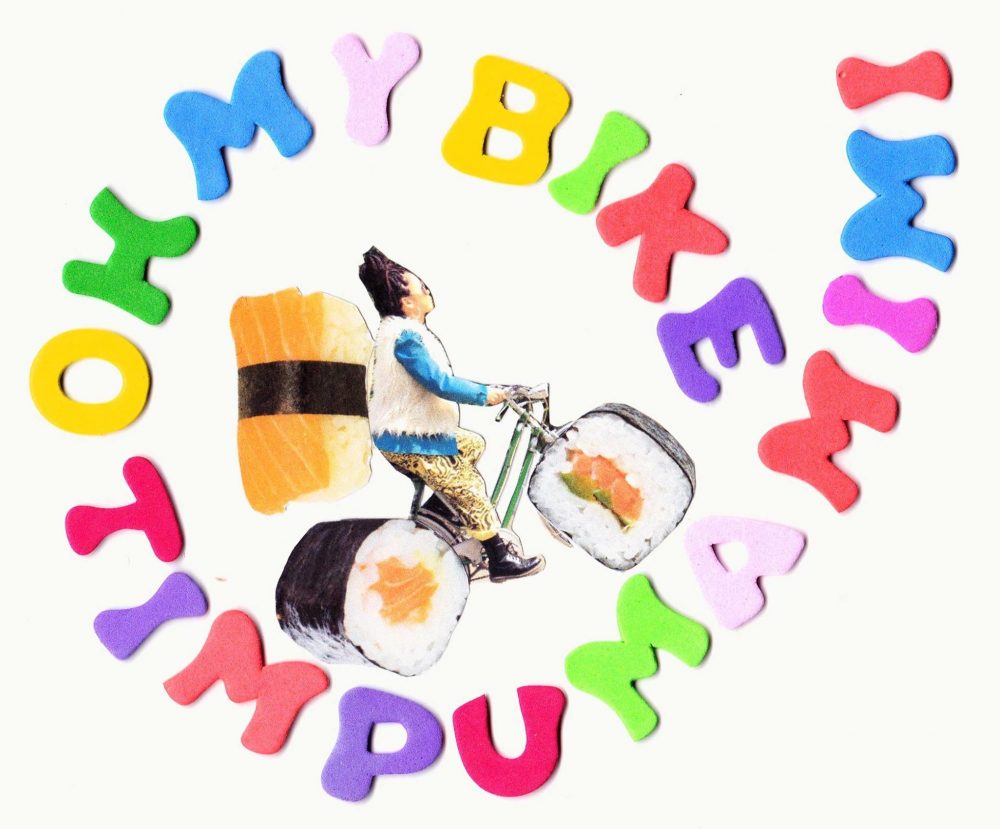 A couple of weeks back, we saw that the Mouthwatering Records socials were on fire (like a blazing inferno!) as one of their key acts, the duo known as Tim & Puma Mimi aka sushi served with a dash of Swiss chocolate, scored a couple of tracks on the soundtrack to the new Ghost in the Shell movie. Now, that’s definitely a call for a label to pop a cork, or even two. Right?! And YES, Tim & Puma Mimi are also know as Jimi & the Hendrix of the cucumber synthesiser. However, we received an update from HQ that Tim is still working on how to play the cucumber behind his back, without breaking his. It sounds tricky, but we believe in you Tim. Please don’t give up! It’s a fast paced world, but we’ll always find a minute for you.

All antics aside, we would like to share this new, heartwarming video to Tim & Puma Mimi’s OH MY BIKE. It’s fun, it’s funny, it’s ridiculous and it’s definitely on time for biking season. So check this, then go get yours cleaned up and greased up and go and join the next critical mass in your neck of the woods.!

Btw. Here’s a transcript of a short back and forth we had with Tim:

There’s so much that I’d like to say about this video, but since we have to start somewhere, I’ll start by saying: I love it!

You guys actually made this animation from beginning to end, right?

Tim: Yes! Many upcoming bands around us produce videos for 10K and more! We say: Great, if you want to spend your parent’s money on a videoclip! So this is to prove, that you can make a no-budget video and still reach some people. Let’s see.

It must’ve been a lot of work though?

Tim: Ehm, yes it was. But it was some kind of a gift to ourselves. After 3 years of editing the songs for the new album, it was actually a lot of fun to cut out bikes and move them over crazy photos.

Did you have fun looking for things to cut up?

Tim: Thank god that there’s google-search! Sometimes it was difficult to find photos from the right angle. I wanted to make a race with the Easy Rider-guys, but I couldn’t find the right photo. Mimi would have won that one, for sure!

Did you actually get a subscription to a bike magazine?

Tim: I joined some critical mass-events in Zurich and voted every time when it was about bike lanes in Zurich. But so far, that didn’t help, so I decided to use my creative energy to fight cars.

Tim: It’s a nightmare, here, in Zurich! Sometimes you find a bike lane for 30m, but then it ends in the middle of a 4 lane car queue. It feels like the deepest 70s.
There was research done about the bike situation in Europe and Switzerland was on the same level as Romania and the Czech Republic!

Have you biked in Japan, as well?

Tim: Ha, sure! In Tokyo most of the easy bike riders drive on the sidewalks and it’s somehow accepted. Everyone is super-polite, of course. I did the same in New York and got an invitation to go to court!

And congratulations on having those songs featured in Ghost in the Shell!

Can you retire now?

Tim: We just bought a car!