Brits may not like the idea of losing the pound sterling and joining the Eurozone, but they are increasingly open to the international currency of love.

According to a new survey by PARSHIP, Europeâ€™s largest matchmaking service for singles wanting a committed relationship, the last 12 months have seen a three fold increase in the number of UK singles looking to date someone in a foreign country.

In fact, three million of the UKâ€™s 15 million singles are open to a serious long distance relationship (LDR). But if you think this trend is being driven by a lack of suitable partners in the UK itâ€™s not. With the increased cost of cross country rail travel in the UK compared to air travel, itâ€™s now twice as expensive to date someone living in another UK city than it is a European. 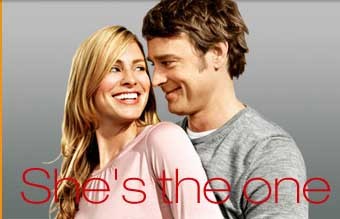 Now 30% more likely than their mainland cousins to develop a cross-border relationship, British singles are taking a more adventurous attitude towards international affairs. Of the those looking for a LDR, 38% said it was due to cheap air travel, â€“ *a flight within Europe (Â£47.38) is on average 40% cheaper than a return train ticket from London to any major British city (Â£81.54) – 26% attributed it to a desire to learn more about different cultures, and 28% said they already spoke a second language.
Whatâ€™s more, nearly a quarter of singles (22%) said they would happily enter a long-distance committed relationship, even if they had no plans to live in the same country as their partner.

Dave (47) from England met Ingrid (51) from Austria. â€œIngrid and I have been happily dating for three years now and we are deeply in love, although we have no plans to live together in the near future. I live with my son in the UK and Ingrid lives with her children in Austria; we see each other regularly, share holidays and we are constantly in touch. For us this is the perfect relationship.â€

Dr Victoria Lukats, psychiatrist and PARSHIIPâ€™s dating expert commented:
â€œBy polling its large database of UK members PARSHIP has been able to show that whilst the majority of singles would only consider dating somebody living in the UK, 20% of people are now also open to dating someone in a foreign country. In the past this would have been unheard of, except for only a few jet-setting elite. However, initiating and maintaining an international long distance relationship has now become easier with the use of Internet dating, email, cheaper international phone calls, and low cost air fares.â€

Gwen (35) from Hamburg and Alastair (38) London dated internationally for one year before settling in London. Gwen commented: â€œAlastair and I originally met in our early 20â€™s but as we were both living in different countries it wasnâ€™t viable to have a relationship. Then, 10 years on we met again by chance. Due to the low cost air travel we were able to see each other every other weekend and sometime more often, flying to Germany, the UK and Italy at a cost of around Â£80 a month. We are now getting married this summer.â€

Commenting on the PARSHIP research Ryanair Sales and Marketing Executive, Ashley Casey said: “It was only a matter of time before single people started to look further afield for relationships and Ryanair is delighted to be of assistance for people in Long Distance Relationships. Rail Travel has gone up in price making it hard to travel around England let alone Europe. With Ryanair’s guaranteed low air fares it makes it easier for couples to commit to a European long term relationship without paying huge amounts for travel on a weekly basis. Forget the train and find out more on our fantastic selection of European Destinations or to book the lowest fares guaranteed at ryanair.com“
parship.co.uk