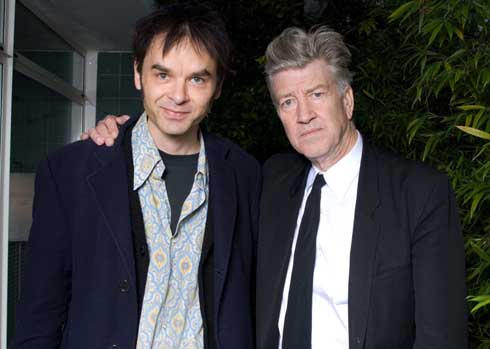 Thomas Truax returns to Belfast, visiting The Bunker at Laverys in Bradbury Place, in support of a new recorded project, a reworking of songs from the movies of David Lynch. Truax (pronounced troo-aks) is a New Yorker currently residing in London. Singer-songwriter and inventor of strange self-made instruments like his now legendary ‘Hornicator’ and motorized mechanical drum machines including new ‘Mother Superior’. Employs these as well as traditional instruments in exceptionally crafted, witty and often touching songs. 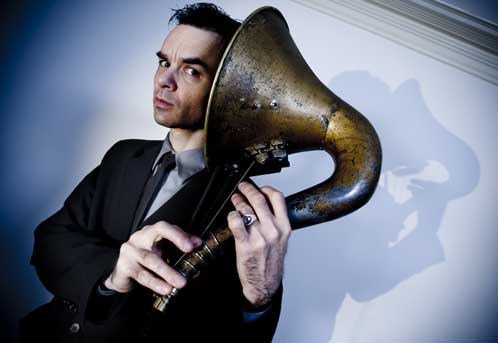 His activities have been documented in two feature-length films: ‘Instrumental’, from director Gabe Shalom (US, 2005) and Adam Clitheroe’s ‘One Man In The Band’ (UK, 2008).

With three acclaimed full length albums under his belt: ‘Full Moon Over Wowtown'(2004), ‘Audio Addiction'(2005), and ‘Why Dogs Howl at the Moon’ (2007) Thomas took a break from near-constant touring and work on a nearly completed fourth original album to concentrate instead on an album of cover songs from the films of David Lynch.

“Genius.” â€“NME / “A cranium pouring with genuine innovation. Imaginative, out-there, rich in content.” -Plan B / “Like a trip to the frayed edges of sanity. . .unapologetically original.” -Dazed&Confused / “Suddenly he’s a serious proposition.” – Q

Heâ€™s been seen previously in Northern Ireland as a special guest of Duke Special at several shows in 2006 and 2007, and has also played in his own right at some of the Belfastâ€™s night time haunts, picking up a dedicated local fanbase along the way.
www.thomastruax.com
www.myspace.com/thomastruax
THOMAS TRUAX
TUESDAY 9 JUNE 2009
THE BUNKER, LAVERYS BAR, BELFAST
Early show. Doors 8pm. Onstage at 845pm. Admission is Â£5 at the door