Excitingly refreshing and talented, homegrown British singer/songwriter Thomas Teago, presents his debut track ‘Be With You’, released on June 3 via SouthShaw/Universal Music. The track is an uplifting hot-house pearl, a convincingly catchy mix of deep energetic bassline and Teago’s unique and enticing vocals.


‘Be With You’ comes also with not one, but two massive remixes, courtesy of Grant Nelson and Kiss FM’s Mike Delinquent.

Hi Thomas 🙂 How are you today? 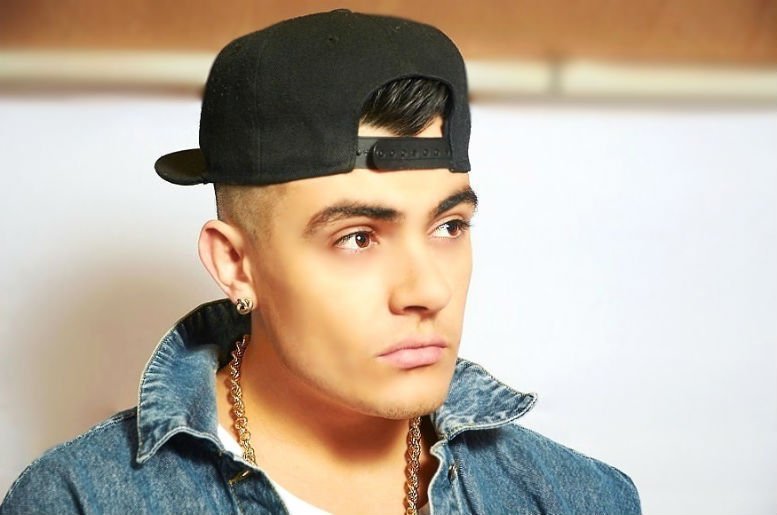 Yes Im fine. Thanks Thomas. Tell us everything we should know about your dance floor-filler ‘Be With You’?

‘Be With You’ is my anthemic, feel-good debut single which is available now to Pre-Order on iTunes, Google Play, Amazon and other online platforms. It’s what you can always expect from myself, a feel-good, up-tempo and infectious record that’ll have you playing it on repeat. If you’re into your catchy Pop, House tunes with blends of R&B and Garage then this song is for you. From the very first play, I guarantee you’ll be hooked and playing this everywhere and anywhere, in your car, at the gym, in the day time & during the night time, EVERYWHERE ;).

Life, feelings, experiences, all of that. Anytime I write, I always write from both my own perspective and the co-writer that I’m working with during the time. It’s good to listen to your own experiences and theirs, so that you can get both sides of the coin if you like. That’s what makes the song universal and it can relate to anyone who’s listening, for me that’s super important with all of my songs. This record is about being with that one person who you know you can’t really see yourself without. There’s a lot of temptations out there that we ALL go through in life, and no matter what, from Love to Hate, you always find a way through it and realize there’s only one person you want to be with, and the truth is I only want to BE WITH YOU…

How did you react when you heard your song for the first time on Radio 1 and Kiss FM?

It was CRAZY, honestly if you filmed my reaction at the first time I heard myself on Radio 1 you’d have a video that would go viral! Seriously.

I 100% honestly didn’t even know that the song was going to be played on Radio 1 at the time, my radio team had mentioned it, but I didn’t know the exact time or the day etc. I was in the car on a Saturday and I remember around 5 minutes before being played, I was joking around saying “Oh listen I’m on Radio 1”, of course at that time I wasn’t. Literally 5 minutes my track was being played! It took a while for it to register in my head, then when I realized I was went CRAZY! That feeling of hearing your own song for the first time on Radio 1 is indescribable, I’m sure any artist will say the same thing, especially being from the UK. The song has since been played again on Radio 1 and the feeling is still the same, it’s amazing, and I’m thankful for all the support… 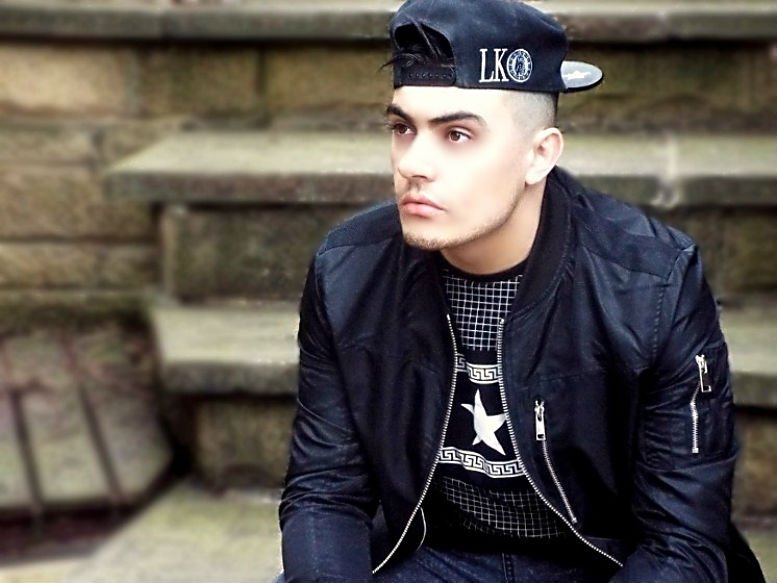 …Kiss FM was the same feeling, the first time I was played on there was in August 2015 with my promo single ‘Thinkin Bout You’ by DJ Mike Delinquent, and I was just elated. It’s a weird but amazing feeling, knowing your song(s) are being played to thousands of people at one time. ‘Be With You’; my current single continues to be supported and played by numerous DJs on Kiss FM, such as Tough Love, The WideBoys, Majestic and more, again I’m so thankful to all of those DJs who continue to support my debut release, not just from Radio 1 or Kiss FM, but everyone who’s continuing to play it out to their listeners at various radio stations.

Can you describe Grant Nelson and Mike Delinquent’s remixes of your track?

PURE FIRE! Both of these guys, Grant & Mike have brought something very special. Grant is an absolute legend in the dance game, so to have him bring that BIG, BASSY, IBIZA FEEL house vibe to this record is incredible, from the very start it gets you, such a Banger. Mike has given the record a whole different vibe, putting his UK Garage spin on it he has taken it somewhere else and I love that, it’s instantly summery, pure UK Garage from the start to finish, I know you’ll be hearing both of these remixes during the summer.

When did you decide to be an artist?

I’ve been writing – recording, performing as an artist since late 2010, but it wasn’t until 2015 when I really found what type of artist I truly was. Before 2015 I was working with various music producers around the UK, mainly recording Pop/R&B which is the music I’ve always loved, but for me I didn’t really connect with it when it came to performing. I was trying different sounds, directions and performing Live a lot but again something just didn’t seem right and I wasn’t quite sure what it was. So in 2014, I signed a worldwide publishing deal with Wardlaw Music and I took the whole year out concentrating on travelling around Europe as a songwriter, writing songs for many different artists in Pop, R&B, Dance, Rock, Rap etc.

That really helped so much, not only was I working with so many different talented writers and producers, but I was hearing lots of different sounds and I remember one particular writing session I was working on a Pop/House song and it just got me straight away. Up until that time I forgot about being an artist, I was determined to be a songwriter now and that was it, but this changed everything, so I started working with a close team of DJs/Producers who like myself love electronic, dance, house music and so together we created a sound that I love and IS ME. So 2015 I decided let’s go get it and since then A LOT has happened to where I’m now being played on Radio 1, Kiss FM and signed to SouthShaw/Universal Music, crazy right? 🙂

Musically, without any doubt it’s got to be Justin Timberlake. JT was the main reason why I went into music. His debut solo album ‘Justified’ was so on point, from the start to finish; the sound, the flow of it was perfect. Even to this day he’s carried himself so well throughout his whole career, definitely someone I can take influence from for sure. Non-musical influence is a tough one, but it would have to be the main man David Beckham. He’s just cool right? Even though he’s a worldwide superstar, he comes across so relaxed and down to earth. Even though unfortunately for him he never got to play for the worlds greatest football team BRADFORD CITY, he hasn’t had too bad of a career 😉

Imagine though Me, Justin Timberlake and David Beckham on a night out in VEGAS …Yep, we’ll leave that there!

Life experiences, loads of different places, everywhere and anywhere. Being creative you can’t really just force yourself to write, it happens naturally in everyday life. I can be driving somewhere and all of a sudden an idea will happen, so I’ll grab my phone and start recording myself humming, whistling, everything and then go back to it later and take it a part to create a song. I get sent so many instrumentals and beats from various DJs/Producers and most of them inspire me in some way. The sound flows and I find myself naturally singing lots of random ideas that I’m feeling during that time. So it varies really, I’ll either write from my own experience or feelings in that moment or if I’m writing with someone else I like to listen to what they may be feeling etc to create a song that in the end I’m proud of.

OH YES! Performing Live for me is what it’s all about, taking the songs you spend so long in the studio getting finalized and then onto the stage is amazing. I ALWAYS bring High – Energy, it’s super important to me that for anyone going to see any artist live they give you what you pay for.

I’ve always been one for crowd interaction, so whether that’s getting them to make noise or throwing their hands up, I always get the crowd hyped up and I make sure that what I’m feeling from the music on stage, you’re all feeling it too. So that after, when you go home, you’re still on a high and saying to yourself ”Wow, I’ve got to go see him again”. Last year November 2015 I was asked to open up the Capital FM Concert in Sheffield to over 15,000 people. I performed 3 of my original tracks and within only minutes I had the crowd jumping, screaming and lighting up the sky with their phones, you can see
the video below:

I’ve been fortunate enough to work on my debut material with George Reid from Aluna George, he’s very talented and we’ve recorded a really cool song together, that hopefully you’ll get to hear in the future. Others from the UK who I’d like to work with would be Anne-Marie, I loved her last single ‘Do it Right’ and I’m loving her overall vibe, I know wed do something great together. US artists of course Justin Timberlake and I love both Major Lazer and DJ Snakes sounds right now.

WORLD DOMINATION, I’m just finalizing the last touches before that though 😉

So for now I plan on making myself known here first in the UK showing audiences something fresh, current and different. I’m all about putting out great music, not OK music, great music that people want to get down to and keep playing on repeat. I’m not here to join the crowd, I’m here to stand out from the rest and bring you what I have to offer in every aspect from the music to live performances.

So join the Teago movement and PRE-ORDER my debut single ‘Be With You’ now from iTunes, Google Play, Amazon and other online platforms. Let’s spread the love and all vibe out together 😉