The Zutons are the second big name to announce a headlining appearance at Belfast’s newest summer event, BELSONIC. Self styled as Liverpool’s first great band of the 21st century, The Zutons top the bill at Custom House Square on Friday 15th August.

Their boisterous, hook-laden music has scored them a string of hit singles, and should provide a perfect summer evening party soundtrack.

The Flaming Lips announced an appearance at BELSONIC earlier this week, with the Oklahoma band headlining on Monday 11 August.

More headining artists for BELSONIC will be announced later, as well as full supporting lineups for all of the shows. 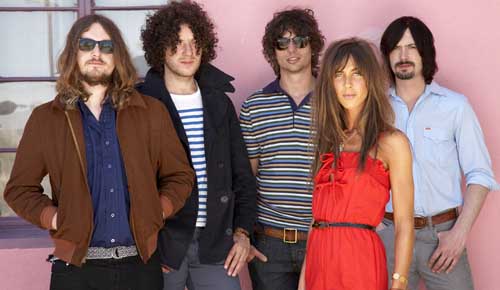 Tickets for The Zutons at BELSONIC (15 August) and The Flaming Lips at BELSONIC (11 August) will go on sale at belsonic.com at 9.00am on Monday 12th May.

The Zutons, emerged in 2004 with a sound that was compulsively odder than that of their peers. They sang about zombies and dancehalls, and took inspiration from their city’s previous favourite sons as well as John Barry, Talking Heads, and arcane 60s acts long since forgotten by everyone else but them.

Their infectious songs made an instant connection, and their first album, Who Killed The Zutons, sold over 600,000 in the UK alone, spawning the hit singles Pressure Point and Don’t Ever Think (Too Much)

Tired Of Hanging Around, a follow-up full of zest and one perfectly crafted pop song after another including Why Won’t You Give Me Your Love. Following it’s predecessor to double platinum status, it cemented The Zutons’ reputation as one of the country’s most loved, and biggest, bands.

The album also spawned Valerie, not only a massive hit single in its own right but a song that uber producer Mark Ronson later re-worked with Amy Winehouse. It went on to become one of the biggest selling singles in recent memory, and has just spent its 100th week in the Top 100 Radio Airplay Charts, testament not only to Winehouse’s impeccable vocal but also to the strength of the song itself.

The Zutons release their highly anticipated new album, You Can Do Anything on Monday 2nd June. A single, Always Right Behind You is already hogging national radio airplay. Recorded at Sunset Sound Studios in LA during January/February 2008, it was produced by George Drakoulias (The Black Crowes/Primal Scream/Tom Petty).
myspace.com/thezutons