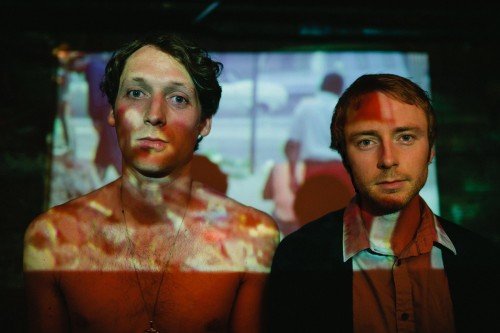 Postmodern pop act The Zolas are set to release their long-awaited album ‘Ancient Mars’ this December.

The good news is that whilst we have to wait another month or so for that, the Canadian’s have given us a sneak peek of the album. That release is entitled ‘Knot In My Heart’.


We caught up with Zach (Gray) and Tom (Dobrzanski) to chat about their work and much more.

Hi guys thanks for giving us some of your time. Firstly can we ask you what we can expect to hear on ‘Ancient Mars’?

Hi. This album is a bunch of weird pop songs about our friends over the last few years.

Where did the album title come from?

As a kid I always thought it was cool when scientists say Mars used to have rivers and oceans and lush vegetation. It had this teeming heyday, just like we’re having now, and 2 billion years later there’s almost no evidence of it.

Last year I started looking at it like the kind of friendships people have around their 20s. One time these people were the big source of richness and excitement in your life and 3 years later you run into each other at the store and there’s no evidence of it at all anymore. It’s barren between you.

Ancient Mars is that beautiful place you can’t go back to once you’ve left. 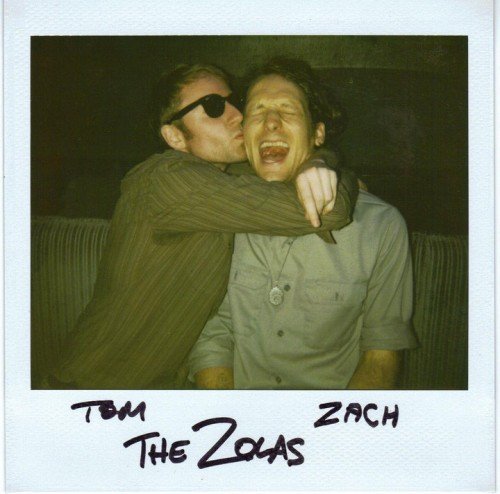 Having heard your new single ‘Knot In My Heart’ I must say I am very impressed with it. What makes you decide on which track gets the single release treatment?

We used to let the cat choose but our label put a stop to that this time. Just whichever one we personally like the most. We play the album in a room with our friends and it’s just obvious.

There are a lot of way more straightforward, commercially viable songs on this record but Knot was our favourite in the room so we chose it. The cat didn’t like any of them anyway.

You are of course Canadian. Do you have a stronger fan base there, than elsewhere?

Yeah we do, but the internet decentralizes things a lot. Lately we’ve been getting demands from Eastern Europe and Brazil and the UK, places we’ve never toured before.

Do you notice a difference in fans, when you visit another country?

Europeans, aside from being far better dressed, also seem a lot more interested in having some kind of artistic experience. Even as a pop band like we are, you notice it.

Half the time in North America music is just treated like a vehicle to stimulate liquor sales. You’re meant to feel like a product. In Europe you might show up at the venue and they’ve set a long table outside and the band and crew and office people all sit down for a meal together.

How involved are you both in your releases. Do you have the final say on things?

We’re with a dream label in Canada right now. They support whatever we want to do and will take over anything we don’t want control over.

For example, for this record we used a photo I took for the cover, our good friend did the graphic design and our guitarist designed all the merchandise. It’s like being in an indie band that magically has money and resources when we need those things.

What plans do you have for the rest of 2012. Is there a build up to the album release?

Well the album just came out at home so we’re halfway through a Canadian tour right now. When it comes out in Europe we’ll go out there.

In the meantime we’ll probably hide from the rain in the new studio Tom built and get started on our next album before the end of the year. 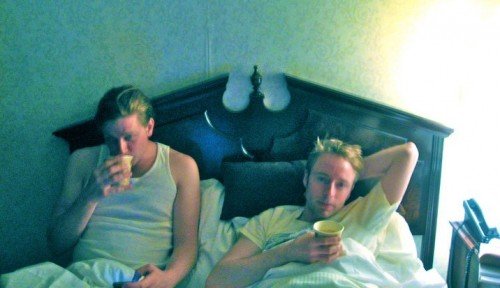 Where did you get the band name from?

What music interests you. Have you any bands/artists you get inspired by?

We’re listening to Hot Chip now. Their albums The Warning and Made in The Dark seem to keep popping up on this tour.

I look up to them a lot. Like us they try to be as weird and catchy as possible, but they do a far better job at both. They also have nearly no “brand” or “image” to speak of, which is rare.

Tom and I had been in another band before this and when that broke up we decided to stop trying and just make music for fun. We hung out a lot and drank a lot and when that happens we usually end up with a handful of songs.

Somehow Light Organ heard them and said they’d put out our album. We thought we had a great scam on our hands: let them pay for us to record with our best friends and then not pursue it further. But when the album was done we listened back and knew we had to at least tour it. That was over 3 years ago.

Finally have you any advice for up and coming bands?

I don’t know… just be the most talented. From watching my friends’ bands fail and succeed, it sounds overly simplistic, but seriously just be the best out of anyone you know at the thing you do and it’ll work out.

Also, if you’re not having fun, stop. Most people don’t realize that they don’t actually want to be musicians.
©FAMEMAGAZINE.co.uk