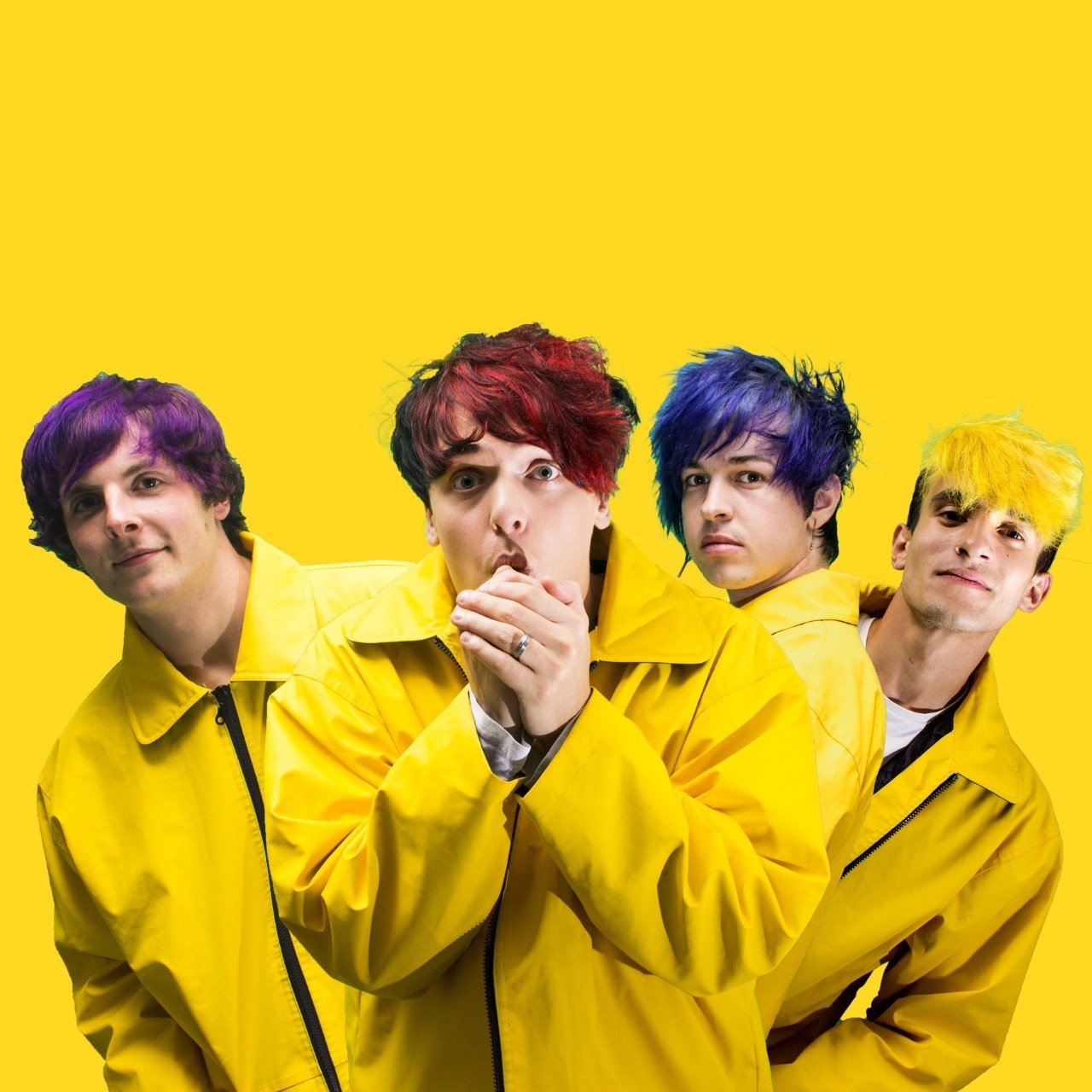 Following the release of their new uplifting pop-punk single Debbie on Friday, Scotland’s Single By Sunday have dropped a wicked video for the track which flickers from heartfelt sepia tones to bursts of the band’s trademark vibrant blue, red, yellow and purple hair colours and results in a chaotic feel-good fan takeover.

According to the band, “the only brief that we gave people was ‘you need to be up, happy and prepared to go for it.’ The inadvertent star of the day turned out to be Summer, the baby, who would only smile when she wasn’t being filmed.” One fan turned up so excited to meet the band, she had an anxiety attack and unfortunately had to sit out the video shoot. Pay attention to singer Josh Ladds at the 2:20 mark.  He drew some knee blood during that power slide toward the camera.

Bridging the gap between The 1975 and Owl City, Debbie blends Single By Sunday’s awesome brand of cheeky punk juvenilia with impassioned melodies. It’s an exciting new move for the band, with catchy flecks of a school prom sense of nostalgia.