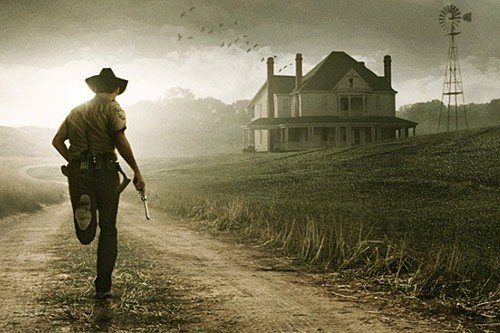 The end of civilization was just the beginning… Join Rick Grimes and the other survivors as the fight to stay alive in The Walking Dead: The Complete Second Season on Blu-ray Disc™ and DVD (out now).
The second installment of the post-apocalyptic, smash hit TV series follows police officer Grimes as he continues to lead a group of survivors in the midst of a zombie epidemic.

As the group struggle to retain their humanity whilst the world implodes around them, personal rivalries are brought to the fore in a world overrun with the walking dead… 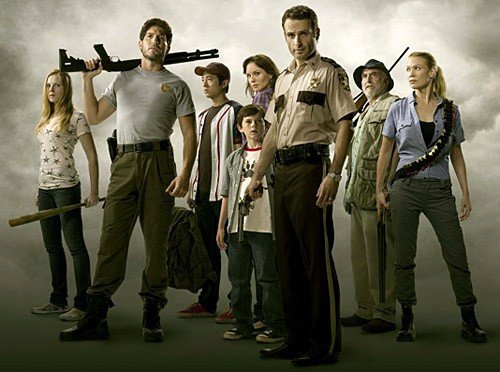 It’s probably for the best that I get this out of the way at the beginning of the review: I hated the first season of The Walking Dead. Why?

Well, I’m a huge fan of Robert Kirkman’s comic series, but mainly because I found it skull crushingly boring, with lazy characterisation, infuriating characters, and a guy called T-Dog who represents all of the stereotypes Kirkman managed to avoid in his depiction of black characters in the comic. 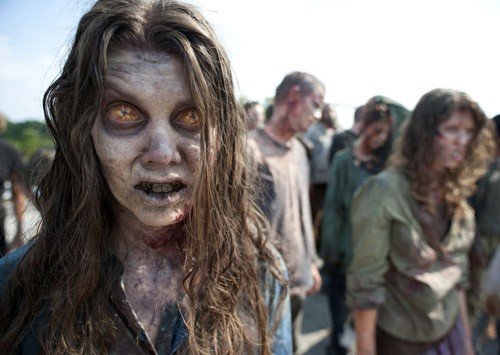 Reviewing Box sets are always a strange experience for a writer, as it’s hard to judge your audience.

How many people buy a box set having not watched the series already? If you’re already a fan of the series, you’re pretty much going to buy this anyway. Why do you care what some faceless man behind a computer screen tells you?

Well for the few of you who have yet to watch, bear this in mind: despite my abject hatred for the first series of The Walking Dead, within 15 minutes of the first episode in season 2 I was HOOKED. 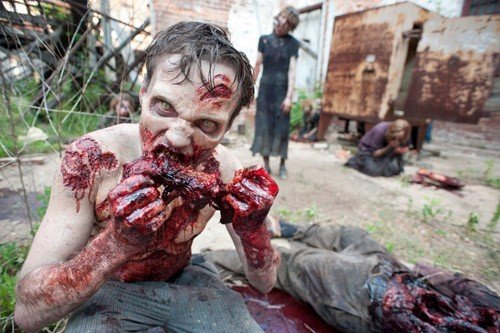 We find our group of survivors on their exodus from the outskirts of Atlanta, holed up in Dale’s trusty RV as they make their way to Fort Benning. Like all survivors of the zombie apocalypse, they’ve opted to take the freeway.

Unsurprisingly, they find their way blocked by hundreds of corpse filled cars – seems like they weren’t the first to try and get out of town in a hurry. To make matters worse, the RV’s radiator hose bursts, so they decide to raid the
abandoned cars for spares, and general supplies. Then it all kicks off.

The unfortunate rabble of survivors are set upon by a herd of zombies, and are forced to hide until the walking dead make their way past their convoy. During the confusion, there’s an attack and, crucially, one of the group’s children (Sophia) goes missing. This sets the scene for the remainder of the series.

It’s hard to go into too much detail without spoiling some of the more important revelations and surprises dotted throughout all 13 episodes. 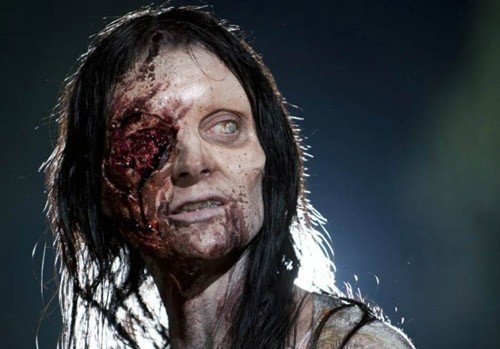 What can be said is that events lead the group to another band of survivors holed up in a farm, lead by cantankerous veterinarian-cum-farmer, Hershel (another welcome addition from the comic series) and a ragtag combo of family members and neighbours.

As always, all is not quite what it seems on the farm, but the injection of new blood into the cast is more than welcome.

Glenn (the pizza boy with a knack for finding things) gets some much needed character development, and the group’s confidence in Rick as absolute leader becomes even shakier.

Lori is still desperately trying to win the “worst mother of the year” award (for the love of GOD woman, keep an eye on your son.

And don’t sleep with your husband’s best mate, while you’re at it) and Shane gets even creepier than he already was. I know – I didn’t think that was possible either.

There’s been a lot of artistic license taken with the original comic’s storyline – elements of Rick’s personality have been developed into different characters (which, personally, I think detracts from the overall human aspect of Rick’s struggle), and characters crucial to events later on in the series are culled mercilessly.

However, in spite of that, Season 2 is still immensely watchable.

I found myself eagerly looking forward to the next episode, mostly because I could never be sure what direction the action was going to take. There are still a lot of lulls within the series, but there’s enough action per episode to keep
viewers interested.

The gore factor has also been upped this time around, so if you’ve got a weak stomach, you might want to look away anytime you see anyone approaching a zombie with a blunt object.

Fans of the first series are going to love season 2, no question. But now, I’m happy to say, that even hardened comic fanboys like myself should find something to enjoy. Plus, if the finale is anything to go by, Season 3 is going to be fantastic.

Of course, as with all Blu-Ray and DVD box sets, there a ton of extras for you to enjoy (please let us know if you watch these – there has to somebody out there, or they wouldn’t keep making them), including featurettes, cast interviews and those all important deleted scenes. So, you know what to do – head to your local retailer, and pick yourself up a copy.

The Walking Dead – The Complete Second Season is available to buy now.
By Ed Williams