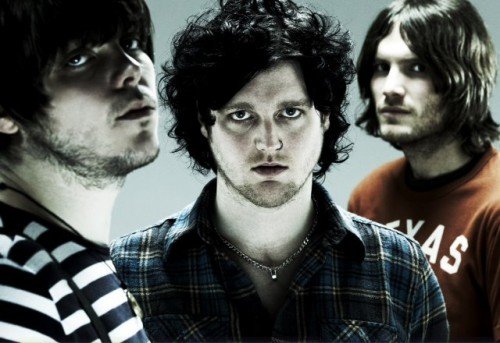 Rockers The Virginmarys have been beavering away on the touring band circuit as of late. Notching up countless gigs, support slots and headline sets along the way.

Their appearances at the Download and Sonisphere festivals have seen their music exposed to mass audiences and thus gain them even more avid followers too. 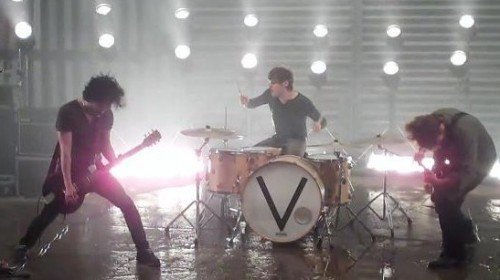 Their single ‘Dead Man’s Shoes’ (out 1st October 2012), is taken from the band’s debut album, ‘King Of Conflict’, on DoubleCross Records. FAME caught up with the trio to discuss their career to date and much more.

Hi guys firstly we must applaud you for your dedication to live playing. Was it a conscious decision by yourselves to gig so often?

Thanks a lot! Yeah we wanted to get out there as much as we could. Play to as many different people and places as possible.

Apart from being great to make loads of new fans and meet cool people, it really improved our playing and concreted the songs.

We like to get out there playin as much as we can.

What can you tell our readers about your new single and album?

The single is called Dead Man’s Shoes which is the first single of our debut album King Of Conflict.

We recorded the album live at Chapel Studios in Lincolnshire. We were really conscious not to rush in and record straight away. We made sure we had the right set of songs to represent the band the best we could.

The single is an intense, lyrically dark, fast driven song that we thought was ideal to release first from the album. 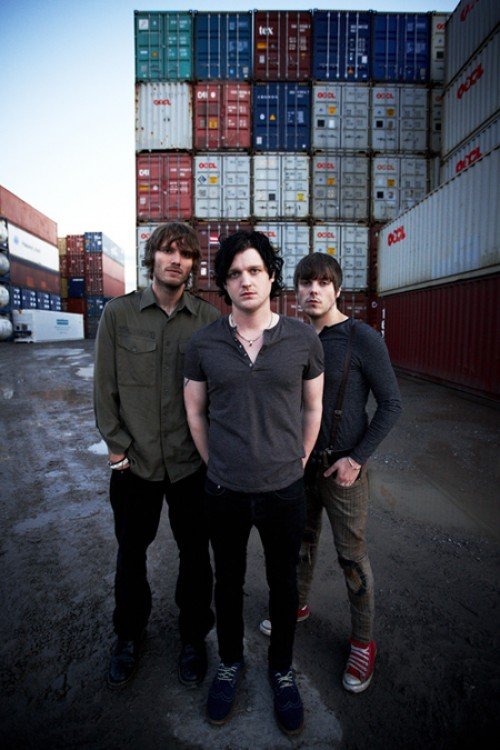 If you had five words to describe your music, what would you say?

Where did the band name come from?

Me and Danny stayed over in L.A. for a time a few years back. We were out drinking with these guys who recommended us to go to this bar known as virginmarys. I guess it came from there.

How did you form as a group?

We got talkin about music and arranged to meet up for a jam at Dan’s.

Everything clicked and we got together some songs, started playin live and recorded our first ep.

You have of course played some of the UK’s biggest music festivals (Download/Sonisphere). Can you tell our readers a bit about what performing on such stages means to you?

Its always gonna be amazing to play on massive stages at top festivals.

I think the atmosphere is incredible, everyone’s up for it and you get to play to people you wouldn’t normally, as in new heads checkin you out or people just stumbling from one stage to another and finding you there inbetween.

I’ve discovered a lot of bands this way and they always stick in your mind from the festival.

The Virgin Marys played support for Slash. Did you spend much time in the company of the Guns ‘n’ Roses legend?

Luckily we got to meet him at every show we played.

A well as bein cool as……. he was always really lovely and down to earth, and amazingly for us, loved our band.

In Manchester he came out wearing a Virginmarys Tee Shirt on stage which was such a special way to end our tour.

Still feels surreal thinking about it. 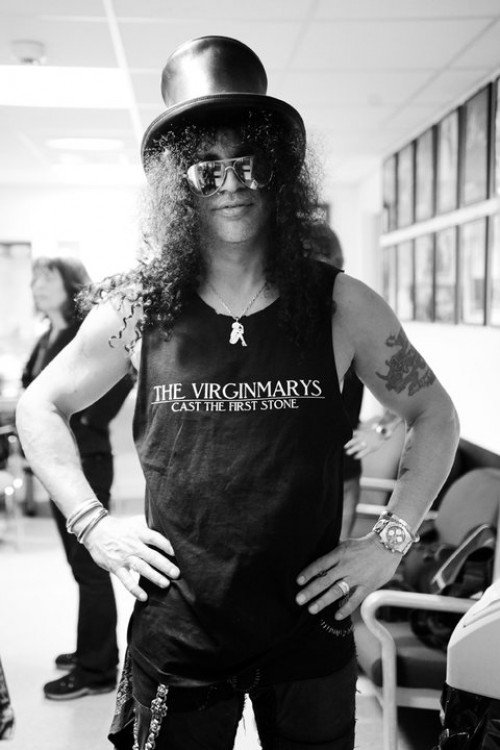 What does the rest of 2012 have in store for the band?

Well we have our headline tour in October as well as some cool supports in the pipeline.

We’re off to Norway in December and have some really cool news coming we can’t yet talk about.

When the band formed what were your dreams for it?

Writing albums that can stand up to those that changed my life.

If we can play and write classic timeless songs that will live on forever i will be more than happy.

I think a lot of people get into music for the wrong reasons.

Its always been the biggest part of my life and has been there for me throughout everything.

I want to give as much back as I possibly can.

Are there any musicians (alive or dead) that The Virginmarys would love to collaborate with?

I think obvious ones would be John Lennon and Kurt Cobain.

Alive, i think it’d be cool to do some stuff with Bjork, Thom Yorke, Michael Stipe, Dave Grohl.

Finally, what advice would you give to aspiring young rock bands trying to make their mark in the industry today?

Be in it for the right reasons.

Believe in what you do and stick to your guns.

Also stick together as a band. You’re the most important thing of the whole operation, if there was no music there’d be no music industry.