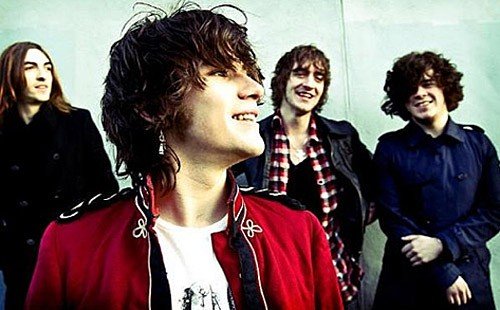 Having discovered Tropicalia and the bands associated with the genre whilst on holiday, Kyle explains how their plight influenced the choice of title.

They were talking about how politics was affecting their writing and what was allowed to be written about, what would appeal to the masses, what the government allowed.

Some bands felt like they were just being used as clowns by the government to get a particular message across to the people and stop them asking any important questions about how the country was being run.

And thus Bread and Circuses was chosen. But it wasn’t the only name The View considered.

Kyle reveals: We were going to call the record The Best Lasts Forever, meaning that no matter what message is in your music, if it’s good enough then in five, ten, 100 years time people will still like it no matter what is happening in the world.

â€œThere was a thing about having an album track title as the album title so thatâ€™s why we decided to have the last minute switch.

The View also express their sorrow for the eager beaver who got inked, Kyle says: â€œWe can only apologise to the fan that got The Best Lasts Forever tattooed on him last week before we changed our minds!

Bread And Circuses is set for release on Monday 14th March.