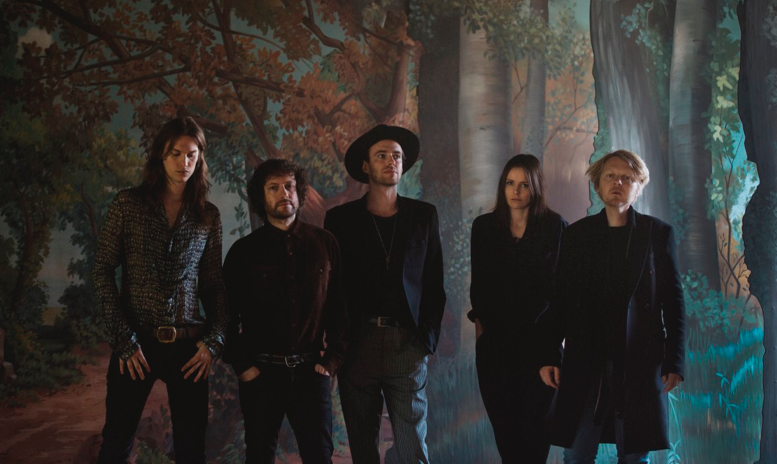 Speaking about the video, shot in New Zealand, directed by Tu Neill and produced by Alex Gandar, front man Finn Andrews (who is due to appear in David Lynch’s new installment of ‘Twin Peaks’) says…”This was an extraordinarily fun video to make, I think because we got to shoot it back home in New Zealand with our friends Tu and Alex, whilst pulling in favors from heaps of really great people. Art Director Sinclair Lonsdale was working for ‘Ash vs Evil Dead’ in the day, then coming and building these huge tentacle puppets for us at night.

All the black goo coming out of everyone’s mouths was made out of the same stuff they put in mince and cheese pies just with black pigment in it. The day we filmed it, I spent the whole night just wandering around giggling to myself. It’s also probably the only time I’ll get to hear the sentence ‘Oil the tentacle, choke the jock. Action.’ Though you never know I guess.”