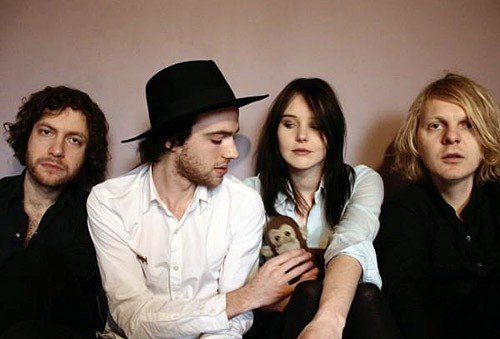 The Veils return after the release of their critically acclaimed album Sun Gangs on Rough Trade Records last year and a string of sell-out shows in Europe and North America, with a new 6 song EP to be released on 24th January 2011.

The sessions were recorded at lead singer/songwriter Finn Andrewsâ€™ home studio in London over the summer and were overseen by producer Bernard Butler (Suede, The Libertines). Subjects covered include the pop music staples of love, betrayal, addiction and death – with bees, original sin and iPhones thrown in for good measure.