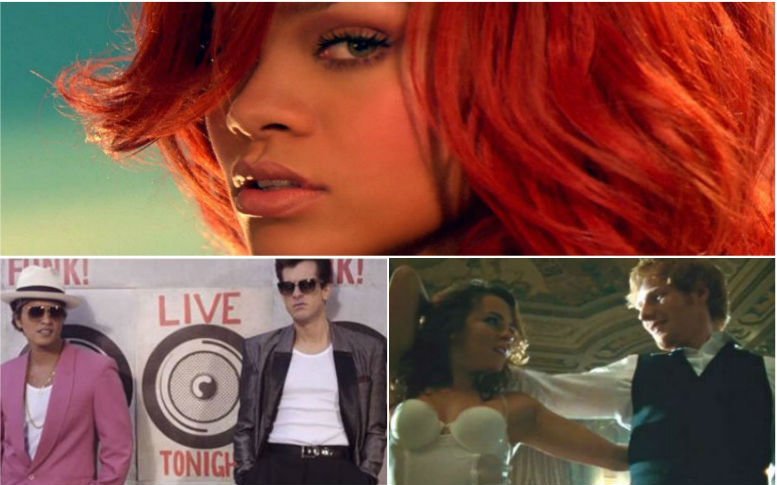 A record breaking 500 million songs plus were streamed online in the UK across a mere seven days. Most popular artists included Ed Sheeran and Rihanna with Mark Ronson’s ‘Uptown Funk’ streamed a phenomenal 45 million times. Check out the most streamed song of the week here…

On a yearly scale, English singer-songwriter Ed Sheeran is the most streamed artist so far with over 170 million plays, followed closely by the likes of Sam Smith, Hozier, Drake and Rihanna.

It’s no doubt the growing popularity of streaming services such as Spotify, Deezer and Google Play is overwhelming – the number of streamed tracks has doubled in the past year alone.

Chief executive of the British Phonographic Industry and the Brit Awards, Geoff Taylor said: “It’s remarkable that we now speak of billions of audio streams per month – it demonstrates vividly just how quickly streaming is being embraced.”

Listen to Ed Sheeran, the most streamed artist of the year so far here…

The streaming market is becoming a battlefield as Apple launched a service shortly after Jay Z and admist rumours of Facebook jumping on the bandwagon, however a high number of listeners stream music at no cost so revenue for artists is not likely to explode any time soon.

Earlier this year, Taylor Swift called out Apple on their plan to provide users with free streaming for the first three months. Having adapted their plan, the conensus seems that as long as artists feel they are paid accordingly, streaming services are welcome among the industry.

Royalty issues aside, the amount of people eager to listen to music is growing and surely that’s a fantastic reason to celebrate.