Following on from the sold out success of their homegrown Guapa EP in March, The Twang’s next album is now complete. 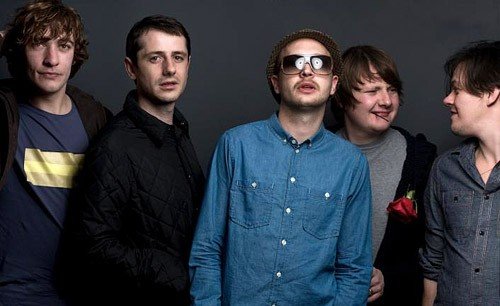 To celebrate the announcement of the new record, they are announcing a full UK Tour and their next single Paradise is now available for free download at facebook.com/thetwang

The UK tour spans mainly weekends throughout September and October.

As Phil Etheridge, lead singer, explains. “Twang shows have always been more like a party than a gig. The best gigs are always the weekend shows, so we thought, “let’s just do weekends” – with the odd exception. Well, Thursday is the new Friday afterall!”

The currently untitled album will be the third from the Twang and is set for release in January 2012.

Recorded in the band’s own studio facility, in the Jewellery Quarter in Birmingham, the new album continues a story now into it’s second decade. Prior to their emergence as the most discussed ‘new’ band in 2006 the Twang had been writing, rehearsing and playing around the Midlands for five years.