With a democratic approach to songwriting, similar to that of Teenage Fanclub before them, The Travelling Band, aided by their 2010 ‘Sundial’ anthem (featured on the album), have become a firm favourite on the thriving British festival scene. 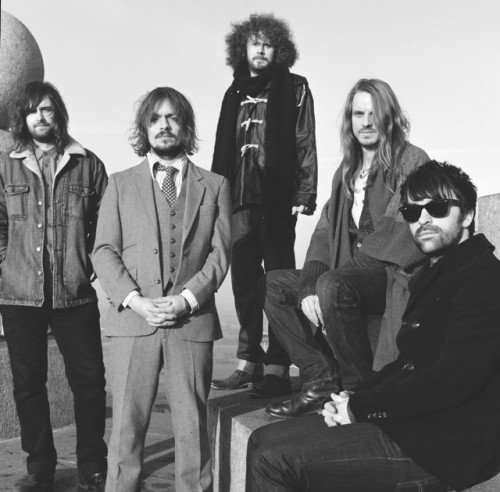 Their 10 track second album ,’Screaming Is Something’, demonstrates a giant leap forward for the band and its set for a 30 May UK release.

The album was recorded in a few different locations but most of the recording was done in a converted church called Kinclochspelve on the Isle of Mull in Scotland.

“It was so desolate and tranquil on Mull and that gave that session a real focus.”

“Producing the album ourselves was made more interesting and challenging by being so far away from anywhere and we encountered plenty of technical problems that we simply couldn’t do anything about as we were cut off from the rest of the world.”

“There had been some scepticism from within the band at first whether we could pull off such an ambitious location recording but once we scoped it out we realised it was going to be a lot fun.”

The band sound isn’t quite soul music, isn’t quite folk, isn’t quite pop, country or rock, is being supported by a May / June UK Tour .
thetravellingband.com/
twitter.com/TravellingBand