The first installment of the second series of cult classic ThunderCats hits the shelves on 14 April 2008 as SEASON TWO, VOLUME ONE is released on DVD by Warner Home Video. A worldwide phenomenon for all 80â€™s kids, this action packed comic cartoon series still resounds strongly in the minds and ears of any self-respecting TV and animation fan.

Who can forget that iconic cat symbol blazing into the sky, Lion-Oâ€™s sword or the ThunderTank?
The Season One, Volume One release was the biggest selling retro animation title on DVD ever! Following on, this chapter brings more gripping and exciting adventures with all your favourite characters including Lion-O, Cheetara, Tygra, Wilykit and WilyKat and of course the menacing Mumm-Ra. So feel the magic and hear the roar once more by adding Season Two, Part One to your collection. 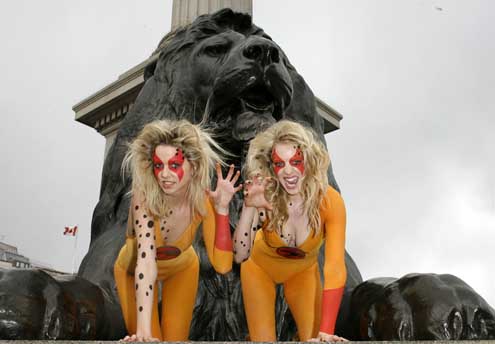 In Season Two, Volume One the ThunderCats, a race of noble half-human and half-feline creatures living on planet Third Earth, continue to battle against evil mutants and ancient devil priest Mumm-Ra who seeks the source of the ThunderCatsâ€™ power. With new friends, foes and battle grounds, season two of this fantastic animated adventure unravels over 12 hours across a six disc set. 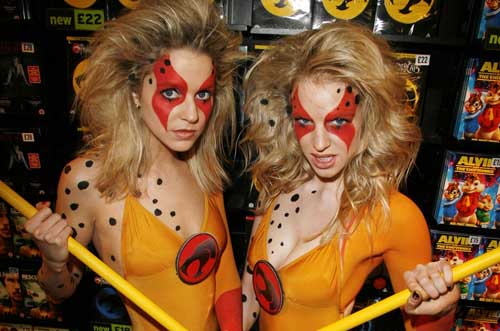 When a recurring vision torments leader Lion-O, the ThunderCats realise that three more Thunderians must have survived the destruction of Thundera. A daring rescue mission pits the ThunderCats against the villainous Mumm-Ra, who has strengthened his forces of mutants and broadened the range of dark territories. Ultimately Lion-O saves the new Thunderains, but the cost is high. Mumm-Ra becomes more powerful and more determined to destroy the ThunderCats.

Keep a â€˜ThunderEyeâ€™ out for details of Season Two, Part Two, coming to DVD on 2 June 2008!
ThunderCats
thundercats.vpga.com