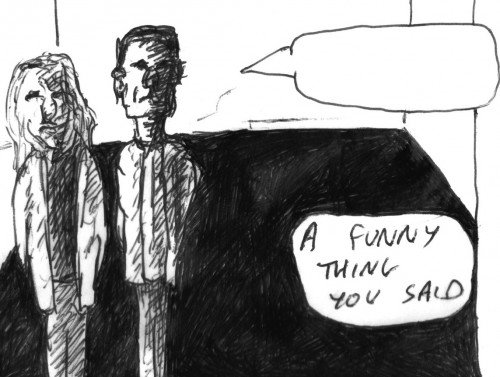 Ben Parker’s The Superman Revenge Squad share as a free download, the clever and intense new track ‘A Funny Thing You Said’, taken from the new album ‘There Is Nothing More Frightening Than The Passing Of Time’ (Released 14/10/2013
on Audio Antihero)

The track is a taster of Croydon based Parker’s sound with beautiful, observational, nostalgic, abstract and often stream-of-conscious lyrical narratives.

Audio Antihero: Specialists in Commercial Suicide formed in late 2009 as a means of releasing the lost debut album from the long disbanded Nosferatu D2 brotherly duo of Ben and Adam Parker.