The Subways are confirmed to broadcast an exclusive virtual gig for leading social networking Habbo later this month. The event coincides with the August 25th release of the bandâ€™s new single â€˜I Wonâ€™t Let You Downâ€™.
Habbo is a virtual social networking site that has in excess of 1-million unique UK users as part of a huge and constantly expanding international community. The Subwaysâ€™ virtual gig was recorded at a special fan club only gig at Hammersmith Working Menâ€™s Club and will be streamed into Habbo for three consecutive days from August 25th-27th. 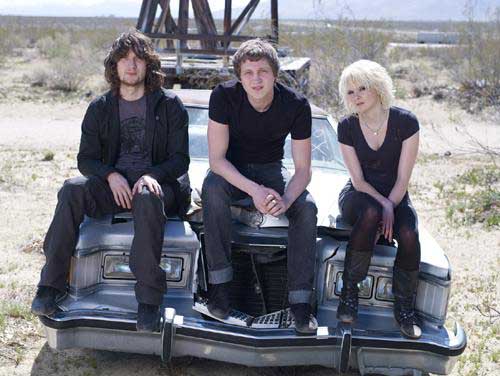 With 80% of the Habbo community aged 13-16, this represents an exciting first chance for a younger audience to discover the bandâ€™s renowned live experience. The gig coincides not only with the bandâ€™s new single release and Reading and Leeds festival appearances, but also during the school holidays when the Habbo community is especially vibrant.

In addition to the virtual gigs, Habbo is also running a competition to win a live web chat with the band, during which they will answer questions and interact with winning entrants in Habbo-style avatar form. To win, Habbo users need to answer a quiz question concerning the live stream to be entered into a draw from which the winners will be selected.

Habbo is an emerging creative tool with which artists can engage directly with a youth audience. The Ting Tings and Ozzy Osbourne have previously engaged in similar Habbo activity, while McFly and the Beastie Boys have also worked in conjunction with the site.

The Subways recently released their widely acclaimed second album â€˜All or Nothingâ€™ and will play a full headline tour commencing in late September and culminating with their biggest headline show to date at Londonâ€™s Brixton Academy on October 15th.