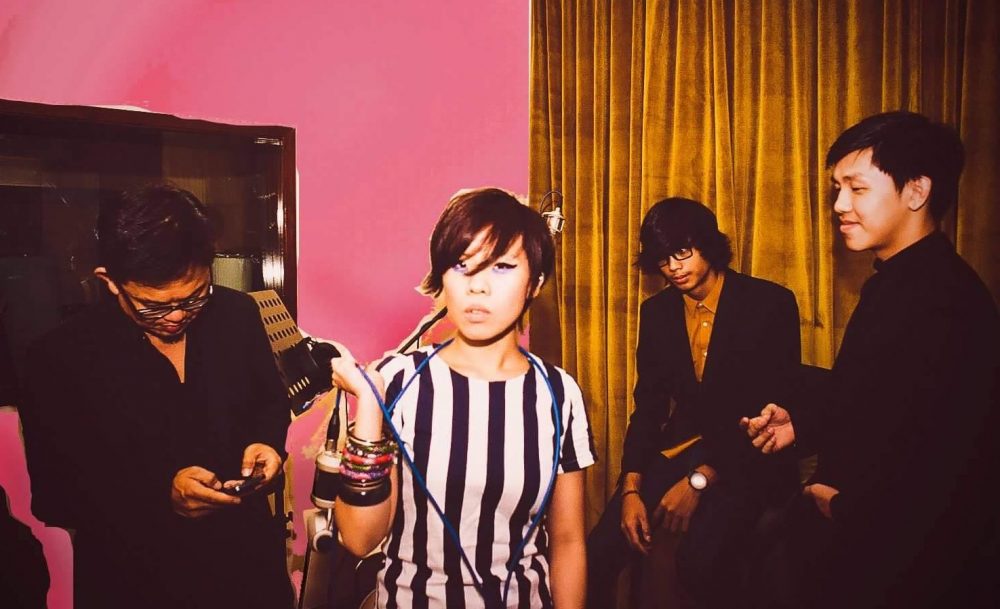 We’ve just released our first single off the ‘TERRAЯIUM’ record, ‘Hephaestus’. I guess the next thing is to get all prepped up for our upcoming tour to Japan and to keep writing new music along the way.

We’re very excited to get TERRAЯIUM out to everyone in September!

What is the idea and vibes behind ‘HEPHAESTUS’?

We just really wanted to write and play something that we hadn’t really tried doing before. Hephaestus was one of the Greek gods who was shunned by his mother because he was deformed.. literally flung him off the cliff as soon as he was born. You’ve got to check the story out. I guess I just really connected to the idea of finding something great within yourself (not necessarily pegged to the common notion of beauty) despite the set of unfavorably circumstances that may seem to plague your life.. and I wanted to write something about that. I wanted to tell that story. And the music kinda grew around the lyrical idea pretty naturally.

Tell us everything we should know about your new album ‘TERRAЯIUM’

It’s been a while since the band has released new music. This album is a reflection of how each of us have evolved individually, and appreciating that. It’s about living in the same ecosystem and navigating through our differences together. The band is very much bound and driven by our common love for creating and organising what we perceive to be beautiful sound and expression through different elements of songwriting and improvisation.

Why did you call your band The Steve McQueens?

Steve McQueen is the icon of cool. His films about escapism was something that the band was really drawn to when we first came together. We just wanted to write and play music that we couldn’t seem to find in our part of the world…at that time.

It’s cosy, yet very diverse. We’ve got tons of music going on all the time. I’d like to think of it as a globe of webs. The community is tiny, so we’re all kind of related to one another somehow…but everyone’s busy creating and doing their own thing. I love it!

What’s the best and worst thing about playing in Singapore?

You can only play a few shows before you run out of venues, you know? We’ve got a couple of kickass venues, but it’s not in a way that the artist can be self sustainable just by playing gigs or by touring your country…or city, rather.

How would you describe your fashion + music style?

I don’t think much about the fashion part, I just wear whatever I think is cool for the gig and breezy (or warm, depending on which part of the world we’re in). Musically, the band’s approach is very much influenced by jazz, neo-soul and we try to get as creative as we can with whatever we have at the moment.

I love listening and learning from the music of Billie Holiday, Thelonius Monk and the great Stevie Wonder. The band’s got a pretty diverse range of musical heroes though.

My mum has got to be one of my greatest non-musical influences. She isn’t a musician, but she did give me a lot of room to feel comfortable with my ideas and creativity. She’s weathered a couple of really heavy storms and that always inspires me to keep fighting for the things that make sense to me in this crazy, crazy world.

It really depends. Some days I’d only want to listen to Billie, and on other days I’d just want to vibe out to Alt J.

We’re going on our first multi-city tour of Japan this October! We’re playing in a different place every night, different types of spaces, different folks. It’s gonna be exciting to translate the new record for the live setting! … So you’d have to come to hear it yourself! More details will be up on Facebook soon!