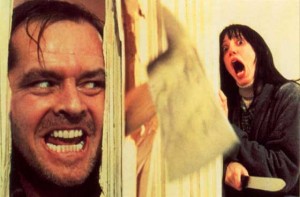 Stanley Kubrick’s classic 1980 movie The Shining has been named the scariest horror film ever, topping a list of 100 scary movies by top film website Totalscifionline.com.

The Shining stars Jack Nicholson and is based on a story by famous horror writer Stephen King. It tells the story of a frustrated writer who tries to murder his family in the isolated hotel where they are snowed in for the winter.

Though it received mixed reviews on its release in 1980 (and picked up nominations at the â€˜alternative Oscarsâ€™ the Razzies for Worst Director and Worst Actress), its reputation has grown over the years, as subsequent generations in search of Halloween thrills have been terrified by its dark psychological themes and unforgettable imagery. 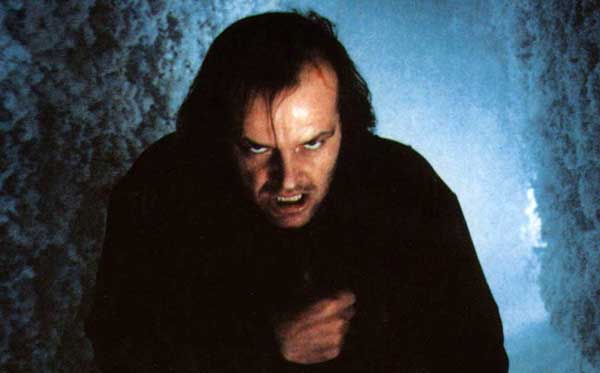 â€œNearly 30 years after its initial release, The Shining remains an unparalled study in isolation, madness and paranoia,â€ says Matt McAllister, editor of Totalscifionline.com. â€œThe expansive sets, surreal visuals, and an intense performance from Jack Nicholson add up to a film guaranteed to give viewers a sleepless night.â€

Classic imagery and dialogue from The Shining which have entered popular culture include the spooky twin girls in the hotel corridor, the word â€œredrumâ€ (murder backwards), the repeated phrase â€œAll work and no play make Jack a dull boy,â€ and Jack Nicholson announcing, â€œHereâ€™s Johnny!â€ as he smashes through a door with an axe. In recent years, the filmâ€™s classic status has seen it lovingly parodied on shows such as The Simpsons and Family Guy.

To see the full list of 100 scary movies you must see, visit:
totalscifionline.com