The Script will headline the first day of Tennent’s Vital on 23rd August. The multi-platinum selling band will be joined at Ward Park by Bangor’s very own local heroes Two Door Cinema Club. Tickets On Sale Friday 17th June at 9AM 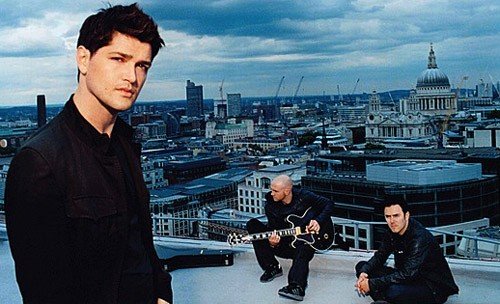 The Script are one of the hottest live tickets in the world right now, breaking all manner of box office records globally and garnering fantastic reviews for their sell out tours of Australia and The USA.

Their latest album Science and Faith’ peaked at No.3 in both countries and following high profile appearances on a host of hit US chat shows including The Late Show With David Letterman and The Tonight Show With Jay Leno, they sold over 100,000 albums and singles in a single week in the US. They’ve just headlined a huge outdoor show at New York’s Rumsey Playfield (4th June) and after their headline slot at Tennent’s Vital, The Script will return stateside in the autumn for a 31-city headlining tour.
The Script’s performance at Tennent’s Vital will be fans last chance to see them live in Ireland until 2013. Anyone lucky enough to secure a ticket for their two sold-out nights at the Odyssey in March will remember the energy and excitement that the band generates live.

The Script’s lead singer Danny O’Donoghue comments: “Our two shows at The Odyssey were mind blowing so it’s fantastic to get the chance to come back to Northern Ireland. We love playing live, it’s such an incredible buzz to experience that connection with your audience. Headlining such a major outdoor festival will be really special”.

Following their all-conquering assault of packed-out venues around the world with sold out tours in the US, Australia and Japan, Tennent’s Vital will be a triumphant homecoming for Two Door Cinema Club.

The band’s upward trajectory has been unstoppable over the last 12 months. They’ve picked up a devoted word-of-mouth following and gained massive critical adulation for their debut album ‘Tourist History’. Two Door Cinema Club have also just played their biggest headline show to date at London’s iconic Brixton Academy – it sold out within 3 hours of going on sale.

Fans of Tennent’s Vital on facebook can get exclusive priority access to the Tennent’s Vital pre-sale from 9AM Tuesday 14th June. Join www.facebook.com/tennentsvital to find out how to reserve your ticket before they go on sale to the general public.

Tickets for Tennent’s Vital with The Script and Two Door Cinema Club, 23rd August, will go on general sale from 9am Friday 17th June. Tickets are priced at £34.50 incl booking fee and are strictly limited to 8 per person/transaction.

Tennent’s Vital is an over 16’s event. However, a parent aged 25 and over can take up to two under 16’s to the show. Parents will be required to show age identification and sign a consent form in order to gain admission on the day. Under 16’s must be accompanied by their parent at all times.

Tickets for Day 2 of Tennent’s Vital with Eminem, Kaiser Chiefs, Jimmy Eat World, OFWGKTA and D12 on 24th August are completely sold out.