Joined onstage by bassist Robbie Crane and guitarist John Corabi, Rattâ€™s tour dates will extend into the fall and may also include shows in Canada, Europe, Japan, South America and Australia. 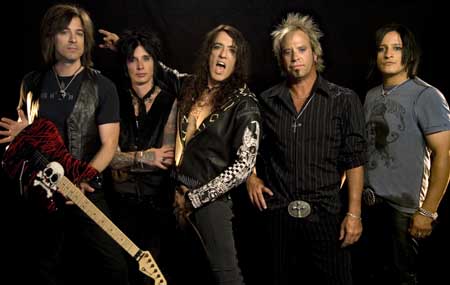 Prior to selling more than 16 million albums worldwide and establishing itself as one of the most popular groups of the 1980s, Ratt perfected its trademark mix of guitar heroics, anthemic hooks and hedonistic attitude playing the clubs along Los Angelesâ€™ famed Sunset Strip.

The band signed with Atlantic Records, releasing its debut in 1984. Out Of The Cellar sold more than three million copies and rocketed into Billboardâ€™s Top Ten on the strength of its first single, â€œRound And Round.â€ Peaking at #12 on Billboardâ€™s Singles chart, the track was the first in a long line of hit songs and videos that made Ratt a fixture on the radio and MTV as well as a major live act playing to sold-out crowds across the nation.