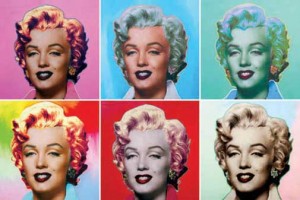 She may have been famous for her music and her looks, but Marilyn Monroe was much more than a blonde bombshell.

Way ahead of her time, Marilyn took a dramatic stand against racism in 1950s America by befriending the black singer Ella Fitzgerald, at a time when black music and black singers werenâ€™t welcome on the mainstream theatre and club stages. Itâ€™s a friendship, and an aspect of Marilynâ€™s character, thatâ€™s rarely touched on in the press.

New to the West End this November, Marilyn & Ella is the celebrated play with songs by acclaimed writer Bonnie Greer, which explores this unique friendship, addressing the themes of racism and friendship with sensitivity, intelligence and warmth.

Marilyn helped Ella to get her lucky break in Mocambo, an LA club, in the 1950s, which ultimately led to worldwide iconic status. As Ella Fitzgerald herself once said about Marilyn: â€œShe was ahead of her time and she didnâ€™t even know itâ€. 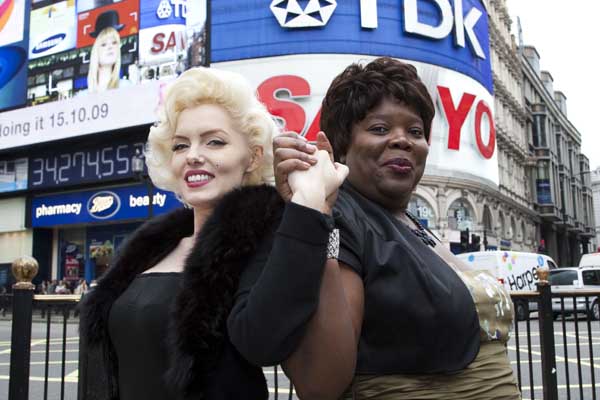 Writer Bonnie Greer first came across the unusual friendship while watching a documentary on the Biography channel in the US: â€œIt was an incredibly poignant friendship,â€ she says. â€œAs black singers were banned from the stage, Marilyn was taking a massive personal risk in seeking out this friendship. She could have been sacked by her film company and never worked again. But she saw past the colour; to Marilyn, Ella was a great artist whom she worshipped from afar and finally needed desperately to meet. This is a fantastic and deeply moving true-life story, and one that still resonates 50 years on.â€

Marilyn & Ella will play at the Apollo Theatre on 15th, 22nd and 29th November with performances at 15.30 (only 22nd and 29th) and 19.30. The play features one of the worldâ€™s most famous Marilyn performers Suzie Kennedy as Marilyn Monroe, with Hope Augustus as Ella Fitzgerald, and is directed by Colin McFarlane.