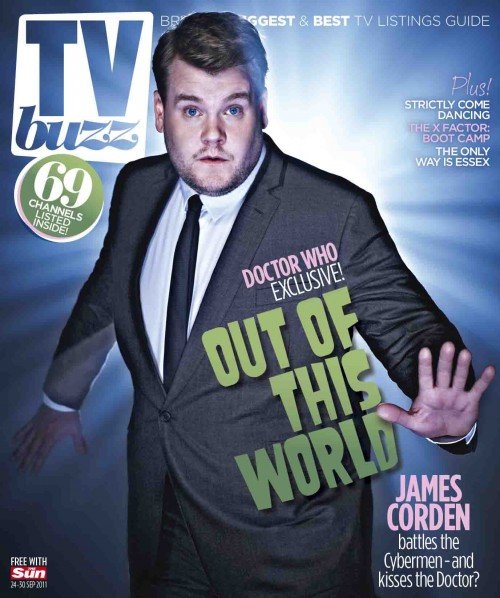 It’s a Doctor Who exclusive with the man himself, James Corden! Getting used to the responsibilities of parenthood and being confronted by the Cybermen and declaration of love from the Doctor he revealed all to the Sun TV buzz, “I’ve got a feeling Craig might be the first man the Doctor has ever loved.”

James Corden performed as part of a fake Take That and sang with George Michael for Comic Relief, he explained to TV buzz, “Doing those sketches was a dream come true. I don’t think I could be happier bother personally and professionally than I am right now.”
twitter.com/TVbuzzmag
facebook.com/TVbuzzmag